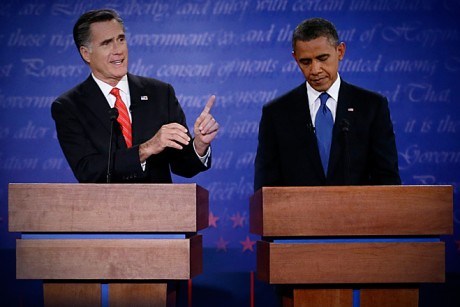 
Unfortunately, the rhetoric on display during Monday night’s presidential debate did not reveal a clear distinction between the foreign policy platforms of the two presidential candidates.  Both former governor Romney and President Obama laid out a vision that could best be articulated as “peace on earth and good will toward men.”

I recognize that ambitious language describing such lofty goals is the lingua franca of a foreign policy tradition that goes back for centuries, if not millennia. The presidential candidate who does not set forth a plan for world peace and unencumbered freedom, might as well declare his own defeat. The problem is, of course, that no administration in the history of the United States, or any other country for that matter, has ever come close to realizing this ambitious vision for the world.