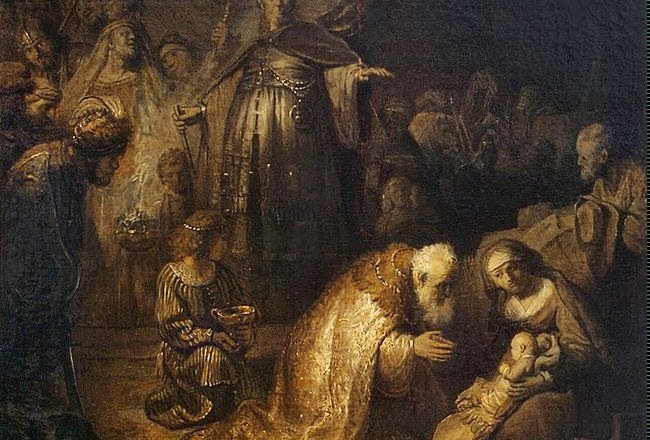 Most people know that the religious roots of Christmas can be found in the great redemptive event of Jesus Christ’s birth or incarnation, which is just a theological term that refers to the deliberate act of the second person of the Trinity emptying himself of his glory and taking on human nature. The wonder of this event is most commonly depicted through the religiously rich pageantry of the nativity scene. But in the multitude of cooing baby Jesus pretenders that would make even Ricky Bobby proud, one thing is often lost: Christmas really is for losers.

Don’t take my word for it. Jesus says so himself. When the question of whom he came to save arises, he is unambiguous, “It is not those who are well who need a physician, but those who are sick. I have not come to call the righteous but sinners to repentance” (Luke 5:31-32). Throughout his ministry, Jesus maintains that his people are not marked by their power, wealth, or attractive appearance but rather by their disadvantage, their lack of worldly wealth, and their service.

When Jesus speaks of life in his kingdom, his ethics are diametrically opposed to the ethics of the Roman-ruled world into which he was born. Instead of seeking their own advantage, Jesus calls his followers to strive to lose their lives for the sake of others.  Success in the life to come springs from loss in the present world: “Whoever seeks to preserve his life will lose it, but whoever loses his life will keep it” (Luke 17:33). Jesus’ point is never that financial, physical, or relational wealth is somehow evil but rather that faith worked out in service and worship is where true value lies.

For Jesus and his followers, this was a way of life…and death.

Rather than a picture of a cute child in surroundings as rustic as an Anthropologie showroom, the nativity scene points to the lowly manner in which God stepped into this world. The Son of God was a child of scandalous circumstances, born to an unwed mother, and raised in the Judean version of flyover country (John 1:46). Jesus was not esteemed during his early ministry for having any physically attractive features. He was not tall or strong or royal in appearance (much like his similarly unbecoming ancestor King David, see 1 Sam 16:7). In fact, God has always worked this way, choosing for himself people who are the least and the fewest by the normal standards (Deut 7:7). Take for instance the future suffering servant described by the prophet Isaiah (Isa 53:2).  This servant, probably best interpreted as a future, ideal Israel, is described as one who is without “form or majesty that we should consider him, and no beauty that we might desire him.” Of course, in Christian reading, Jesus is the ideal servant of whom these ancient prophecies speak, making these qualities true of him.

The followers of Jesus were likewise marked by loss in life; many of them suffered and died as a result of their association with him. Jesus himself lived and spoke as one who confounded contemporary notions of success and power. Even the wonder and sweetness of his birth story is disturbed by the shadow and manner of his death on the cross. He was a child of scandal who grew into a man of sorrows.

When Jesus talks about his kingdom to come, he says that it will be the poor, the sick, the homeless, and the hungry who are harbingers of his presence (Matt 25:44-45). In other words, the manner in which the least of his people are received says something about our disposition toward the king himself. It is safe to say that this is not how Caesar describes his own kingdom.
Yes, Christ also speaks of coming again one day in glory and power, but until that time, he and his people ought to be known as those who disadvantage themselves for the sake of others, those who lose their lives that they may gain it. That is why Christmas really is for losers.

2 thoughts on “Why Christmas Is for Losers”