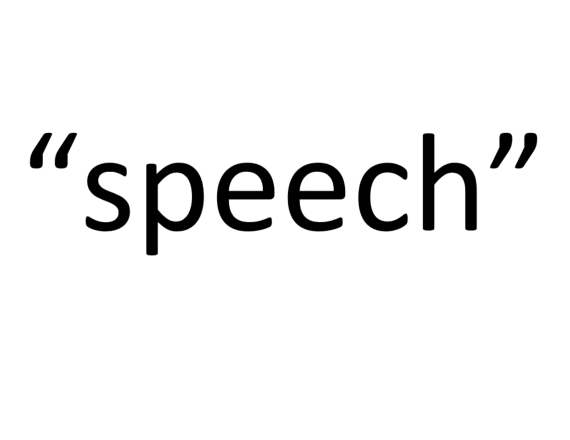 I am just wrapping up grading papers from the spring semester, which brings to mind the quarterly question of proper citation of other peoples words and ideas. Plagiarism is not a major issue at my school, and most citation errors derive from ignorance more than deception, though the latter is not without precedence, even in a school for ministry.

The problem of what constitutes other people’s words and therefore requires citation is not as simple as many scholars like to admit. Gary Saul Morson, who is a professor of linguistics and literature who teaches at Northwestern, has written a wonderful book entitled The Words of Others, which investigates the presence of quotations in oral and written communication. It is one of those rare books that is at once challenging and playful as he investigates the origins of everything from quotes to clichés, while acknowledging that very little of our common speech is itself original (“Was Adam the only one able to speak without quoting?” [8]).

The prologue of the book presents the problem through a fictionalized account of audience responses listening to a university commencement address. The entire account is a delight, but here are only a few excerpts.

Picture commencement at a major Midwester university. The guest speaker, a well-known legislator, summons the student to live not for themselves but for society. In the tradition of such addresses, he asks the graduates “not to heap up wealth, nor take pride in your personal achievements, nor remain content to care for family. Reach out to the world around you and resolve to leave it a better place than you found it. A wise man once said ‘no man is ever an island’ and truer words were never spoken. You are most yourself when attending to someone else…”

A parent who majored in English remembers is that “no man is ever an island” is a quotation from John Donne, but can’t identify exactly where. Her husband is reminded of the contrary sentiment and the Simon and Garfunkel song, “I am a rock, I am an i-i-island!” while the women on their right wonders if “Truer words were never spoken” is a quotation, an allusion to a quotation, a saying, or just a cliché; and what exactly is the difference between these categories anyway?

Recalling the maxim that you don’t know the source of the moral exhortation, assume it comes from Shakespeare, Franklin, or the Bible, a grandfather muses that since the Bible is not “a wise man,” and since the language doesn’t sound like Shakespeare, the source is probably Franklin. Well, to err is human.

A graduate student studying the social use of language wonders whether something can be a quotation if it has no author. What about proverbs? But of course, she thinks, some proverbs do have authors, like Shakespeare or Pope. Does Solomon count as an author, or just a convention? How about Aesop or Confucius? Discreetly she taps on her iPhone, Googles the phrase “truer words were never spoken,” and finds a continuation: “—Ah, but the words leave hearts broken. Truth is only for the wise—lovers ought to stick to lies.”

But why is there no source? Is the quotation, with or without the continuation, “anonymous”? And is “anonymous” equivalent to “author unknown”? For that matter can a line be both anonymous and “attributed”? More searching leads to another site, which defines the phrase and includes a link to “Variety is the spice of life,” which leads to “Curiosity killed the cat” and then to “You stole my thunder,” whose author turns out to be someone named John Dennis, famous for disliking puns (“A man who would make so vile a pun would not scruple to pick a pocket.”)

The inner dialogues continue in the well-behaved crowd listening attentively.

Heaving a theatrical sigh, one robed professor on the podium whispers to his neighbor: “I wish he would stop doing this” (imitating the speaker’s gesture making inverted commas in the air). But his colleague rather enjoys recognizing quotations, supplying authors not given, and perhaps, especially, noticing cited words not marked as such but offered with a link to those “in the know.”

A graduate who idolizes Thoreau finds the speaker’s smarmy exhortations unbearable. In response, he quotes to himself the essay on civil disobedience: “I have come into this world, not chiefly to make this a good place to live in, but to live in it, good or bad.” Scowling at what he imagines to be heads nodding and complacent agreement with the speaker, he thinks: “Any man more right than his neighbors constitutes a majority of one.” As if to demonstrate his own disobedience he “coughs.”

He is not alone in his sense of injured superiority. A senior who majored in philosophy rolls his eyes, in just the way his thesis advisor would, at the sentimental claptrap. Maybe we are not islands, he reflects, but each of us is at least a peninsula. After all, “we all die alone”—was that Pascal or Tolstoy? And are those the actual words, or just how they are usually quoted? Sort of like “Pride goeth before the fall” when the line really is: “Pride goeth before destruction, / And a haughty spirit before the fall.” I wonder if “an” ever occurs before “haughty” except in a quotation, or whether you can make anything sound like a quotation by adding the word like goeth?

…His wife is ready to leap out of her seat when she hears her favorite quotation—“There but for the grace of God go I”—treated as an anonymous proverb, when its author is known and the original actually is: “There but for the grace of God goes John Bradford.” The whole point is that Bradford was witnessing a man led to execution only shortly before he was himself martyred. Is this what college education is about today? Can we get our money back?

…The man on her right remembers John F. Kennedy’s inauguration and knows that the line should be “Ask not what your country can do for you.” But he is a connoisseur of countless debunking books exposing misquotations and misattributions, so he know—probably the only one present who does—that the line really belongs to Oliver Wendell Holmes Jr., as modified by Kahlil Gibran and his book—the title also cribbed by Kennedy—The New Frontier. So the quotation does not belong to Kennedy at all. People are always getting credit for someone else’s words! And how about “Everyone is immortal at twenty-one”: did the speaker invent that or is he alluding to something he hopes we haven’t read or, on the contrary, expects some of us to know? How do you tell the quotable from the quote?

The rest of the book is just as good.

3 thoughts on “Speaking Others’ Words After Them”