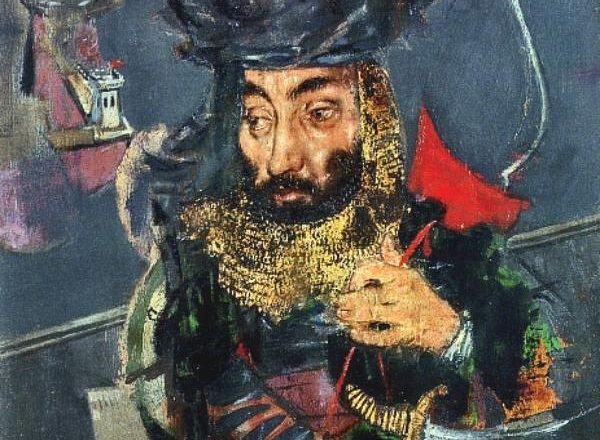 Is it possible to honor the idea of God, even Jesus himself, without actually honoring what he says about himself in the Scriptures? To use the language of the Westminster Shorter Catechism, can we glorify God and enjoy him forever if we are not also willing to hear what we are to believe concerning him and what duties he requires of us?

Ever since Abram attempted to bring about the promised covenant heir in the wrong way (Genesis 16), God’s people have stumbled on this question. What value is our outward honoring of God if it is not attended to by true faith. The problem of faith and its outward expression has inspired a catalog of well-known biblical metaphors: a tree planted by a stream (Psalm 1, Jer 17:7-8), the vineyard gone bad (Isa 5:1-7), a batch of good and bad figs (Jer 24:1-10; Mark 11:12-25), a seed and a sower (Matthew 13), and the man who looks in a mirror and forgets what he sees there (James 1:22-25), to name a few.

The problem of false faith is an altogether too-frequent one in the Scriptures. When Samuel confronts the young king Saul on account of Saul’s royal arrogance before the Lord, the judge-turned-prophet pronounces a doctrine that will become the prevailing thesis for every prophet who follows. Saul had attempted to hide his true unfaithfulness behind a veil of proper ritual observance, but Samuel cuts to heart of the issue.

Has the Lord as great delight in burnt offerings and sacrifices,

as in obeying the voice of the Lord?

Behold, to obey is better than sacrifice,

and to listen than the fat of rams.

For rebellion is as the sin of divination,

and presumption is as iniquity and idolatry

In other words, the sacrificial system of the Mosaic covenant system was never meant to be used as a talisman to ward off the consequences of unbelief or bad faith. The sacrificial system rather was a gift of God’s grace to his people that would atone for their covenant unfaithfulness, but only when accompanied by repentance and faith. Without the covenantally faithful heart, the sacrifice becomes not only ineffectual but a further cause of guilt (see the false fast of Isaiah 58 or the unjust participation of the Lord’s Supper in 1 Cor 11:29).

The observance of the sacrifice, even with the best of intentions, but without a concern for repentance and faith, profits little and deficits much. For the biblical prophet, it is as if one is committing idolatry (1 Sam 15:23).

Unlike Saul, David shows the proper covenant response to conviction of sin—a sin which is arguably worse than the offense of Saul—when he is confronted by the prophet Nathan. Unlike Saul’s alibis and excuses, David’s response is terse and definite, “I have sinned against the Lord” (2 Sam 12:13). This is the spirit in which the sacrifice is to be offered and the atonement of the sacrifice to be received.

There is a persistent tendency in the human heart to flip this arrangement, to ignore or pay mere lip service to the idea of faithfulness with the premeditation that the ritual will cover over the offense.

We see this tendency in the unrighteous fast described in Isaiah 58, the false confidence of the Judahite men in Jeremiah 7, and the “hidden” syncretism of the city elders in the vision of Ezekiel 8. This hypocrisy and false confidence appears in the Pharisees who use their apparent ceremonial cleanliness as a screen behind which they hide their unclean hearts (Matt 23:27). Jesus describes their hypocrisy as white paint on rotting tombs.

We like to distance ourselves from the profile of the Pharisees. It is easy to think of them as self-righteous prudes who do not understand what authentic faith really looks like, but we should be prepared for the truth that they would have probably looked pretty theologically correct even to our modern Protestant eyes. The Pharisees of Jesus’ day would have spoken against the hypocrisy of the Sadducees and the antithetical spirit of the Essenes while praising the authentic study of holy Scripture through which the Lord could reside in your heart. But the problem was that their theology that they taught did not bear the fruit of faithfulness.

For Samuel, they might as well have been worshipers of Baal, or as Jesus puts it, they know neither him or his father (John 8:19).

One thought on “False Faith and False Confidence”