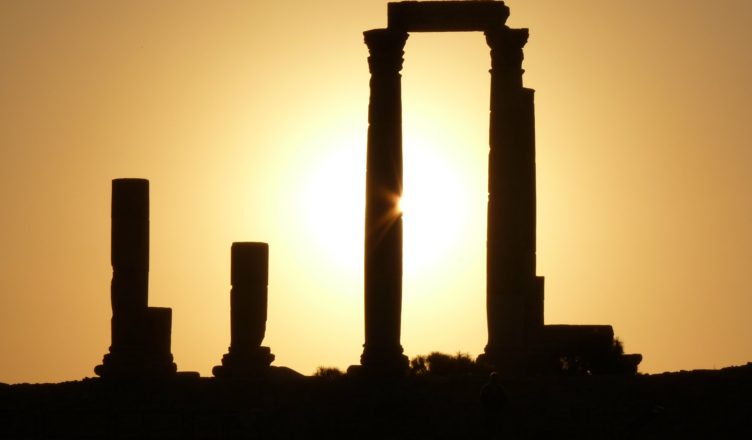 The New York Times columnist Nicholas Kristof published a piece last Saturday entitled, “What Religion Would Jesus Belong To?” which was really a review of Brian McLaren’s new book The Great Spiritual Migration. In the past, I have appreciated some of Kristof’s forays into religious commentary, and I believe he is sincere when he tries to untangle the reality of the Christian movement from the caricature that is so common in popular media (here is an old example, and this one more recent). In this review, however, he uncritically adopts McLaren’s false dichotomy between a care for theological doctrine and the love of neighbor, a decision that ultimately undermines his  larger critique of religious hypocrisy.

In reality, the Christian choice is not between doctrine and love, but between true belief (which is both doctrinally robust and personally generous) and hypocrisy. This is an important distinction because it recognizes that both right doctrine and apparently generous living can be used as a cover for hypocrisy.

In the Scriptures, hypocrisy is most commonly described in terms of true and false worship, and these categories help us understand many of the conflicts in church history. For instance, ever since the Reformation, the church has been repeatedly warned of the ecclesial ditch of empty ritualism, and the temptation to find hope in ritual apart from belief continues in just about every worshiping community today (whether in the form of faking charismatic gifts, mindlessly participating in the sacraments, or caring more about what Study Bible is in your hand than the proper delight in the word of God).

We have not been so careful, however, about our tendency to understand the faithful life merely as a matter of affirming the right propositions about God.

To be sure, the faithful life involves the right understanding of God, but it is also much more than that. Faith’s fruit includes the whole range of produce described the Scriptures.

“The Temple of the Lord!”

When the Old Testament prophet Jeremiah saw this sort of disconnect between faith and the faithful life, he called it for what it is: hypocrisy. He watched as the king of Babylon marched toward Jerusalem, and the people of the city faced the prospect of a terrible siege and captivity reminiscent of the exile of the Northern Kingdom a century before. To bolster their courage, the people repeated the slogan “The temple of the Lord! The temple of the Lord!”

Though we have to speculate somewhat here, we can assume that many believed that the city of Jerusalem could not fall to a foreign power while the temple of the Lord was still in it. The theology of the temple was robust. It remembered that the temple was the dwelling place of the Lord, where he had placed his “name,” and it was the representation of the heavenly throne here on earth. The Jerusalemites might have even remembered the fate of the last foreign king who attempted to take the city back in 701 B.C., and how he had been miraculously turned away by the hand of the Lord (Isaiah 37).

All of this theologizing gives the appearance of worship. After all, what better way to honor the Lord than to venerate his temple. We do not trust in our own strength to save us, but we do trust in the presence of the Lord. Sound’s righteous enough, does it not?

Jeremiah, however, calls their thinking false. He reminds them that true faith–the kind that changes the human life, that moves the heart to repentance, that seeks the things of the Lord–is the only hope for the people of God. Their claims of salvation were empty and false, because they were founded on righteous-sounding but nevertheless empty belief. That unbelief was on display in the way they condoned, permitted, and perhaps participated in injustice around them.

Will you steal, murder, commit adultery, swear falsely, make offerings to Baal, and go after other gods that you have not known,  and then come and stand before me in this house, which is called by my name, and say, ‘We are delivered!’– only to go on doing all these abominations?
(Jer 7:9-10)

To hold up the glory of the temple while ignoring the commands of the God who dwells there, is akin to pagan idolatry (see the discussion of 1 Sam 15:23 here). It is to turn a blessing of the Lord into a talisman, to turn a sacrament into empty ritualism.

“The Cross of Christ!”

A Christians we can do the same thing with Christ our temple (John 2:21).  We can proclaim a wonderful, heartfelt doctrine of Christology, and say as a result, “We are delivered!” (Jer 7:10), but if our faith does not find expression in a just, generous, and loving life, we should wonder if our claims of deliverance are founded on false confidence and false faith.

Our doctrine of salvation by Christ alone is central to the biblical doctrine of redemption, and one that we rightfully celebrate, but we can use it in the same way the Jerusalemites used the doctrine of the temple. We can shout, “The Cross of Christ! The Cross of Christ!” but that claim, and the robust theology it gives voice to, is of little use if it is not attended to by true faith.

Christians must resist the popular tendency to talk about Jesus like the men of Judah talk about the Temple of the Lord in Jer 7:4, as if his person is a talisman that wards off the consequences of their unfaithfulness. Jeremiah called that sort of teaching “deceptive words.” Christ calls his followers instead to repent and believe. We must resist the temptation to turn a high Christology into a talisman, one that sounds reverent but disguises unbelief. A high Christology can be a great cover for hypocrisy.

Similarly, we can live our lives throughout the week as if we are gods, but come into church Sunday morning and sing “We are delivered!”

Yes, we can do this, but we would be lying to ourselves.

4 thoughts on “Resisting the Talisman View of Salvation”