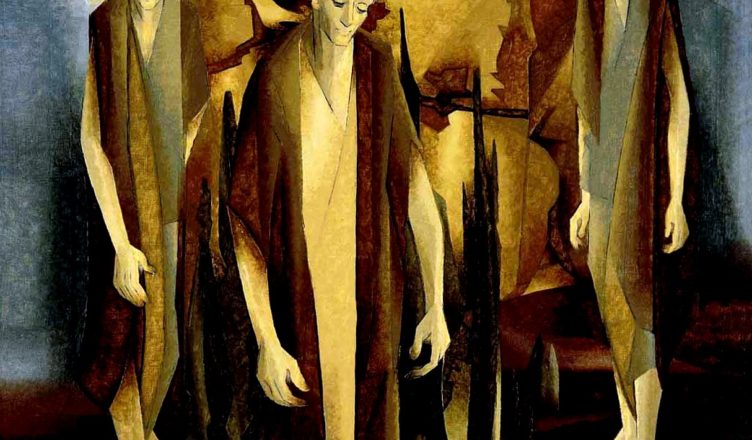 During the last two weekends of August, I preached from two chapters in Daniel at the wonderful congregation of Restoration Arlington, pastored by my old friend David Hanke.

The story of Daniel and other Judahite youths in the foreign courts of Babylon and Persia reveals God’s faithfulness to his people in exile, his presence in their suffering, and the sure promise to restore them through the coming of his kingdom. Through each account of their exploits in the king’s court, the kingdom of God shows itself to be superior to the imperial powers of the ancient Near East.

The first sermon, entitled, “In Every Matter of Wisdom and Understanding,” deals with Daniel 1 and can be found at this link.

In Every Matter of Wisdom and Understanding

The second sermon, entitled, “The Fourth Man,” deals with Daniel 3 and can be found at this link.

*Image from: The Sorrowing Men By Jehangir Sabavala.