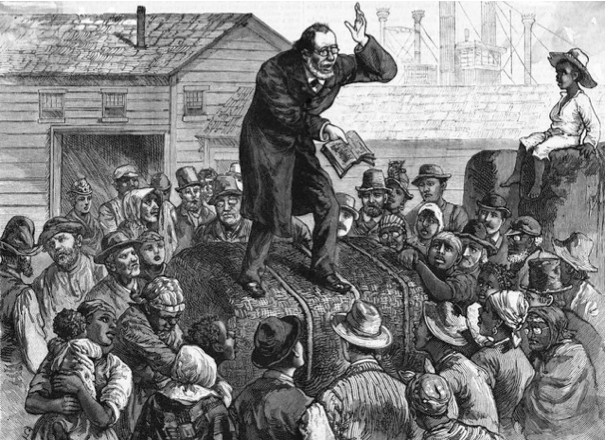 Christian communal set-ups like this one reported in the New York Press inevitably spring up, and I wish them all the best on their project. Two things about this story, however, catch my attention:

1. The columnist Joseph Huff-Hannon is largely positive in the tone in which he describes the evangelical beliefs of his subjects. I know that the New York Press is not a mainstream outlet, but it is still nice to see an article about evangelicals that isn’t snipey.

2. This is the first account I have read/heard of a conversion by means of commuter train preacher:

The Radical Living story begins with the Storbakkens. One day in the fall of 2006 Jason Storbakken was headed uptown toward the offices of High Times, the magazine for cannabis enthusiasts, where he worked as a freelance writer and editor. At the time, he was also an occasional connoisseur of the stuff. In the crowded A train that rumbled through the bowels of Gotham during morning rush hour, an older West Indian man stepped on to the train at Fulton Street and started preaching the gospel.

He preached about the “true church,” lamenting the fact that so many people have deviated from the path and had been pulled into the “false church.” At that moment Jason inexplicably felt the presence of the Holy Spirit in the train. While most passengers ignored the the stranger’s preaching, looking annoyed by his intrusion, Jason felt a stirring inside. It was at that moment that he decided to change his life, radically.

This story reminds me of one particular preacher I used to encounter from time to time on my morning mud-tour of Washington D.C. back when I was going to school in that city. He was a Korean fella, dressed in a worn suit and overcoat, equipped only with his King James. He preached forcefully without being rude. He was casual in the way he would step onto the train car and start talking as naturally as if WMATA had hired him for this very function.

This story is for the commuter train preacher.