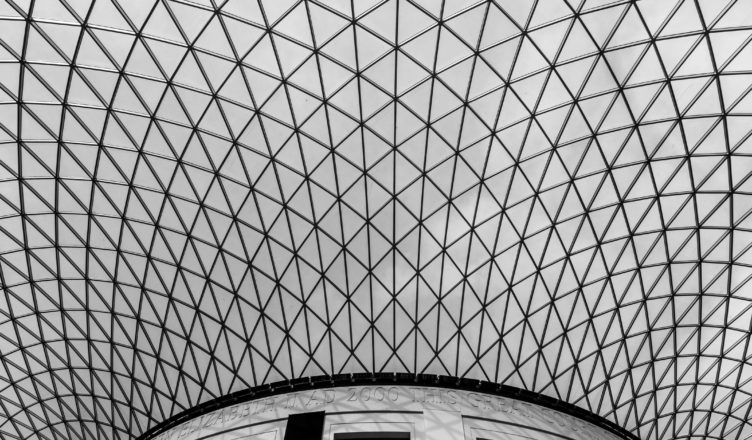 Here are just a few resources on the central and still discussed doctrine of divine simplicity or aseity. In short, divine aseity refers to the independence of God, that he is without contingency in his divine character.  It has been said that other divine attributes like eternality, immensity, and immutability derive from divine aseity, as God is not contingent in regards to time, space, and therefore does not change.  This doctrine must lie at the center of Christian theology proper, even when dealing with God’s relationship to and interaction with finite and temporal human beings. It is, after all, the primary element of the Creator-creature distinction

While God is never contingent in essence, humans always are, and the same is true of human knowledge. Aseity is, like any discussion of divine attributes, something that can be indexed in human language, gestured to, and understood in a meaningful way, but never described exhaustively. As a result, the doctrine of divine aseity resists human conquest and necessitates a sense of humility and mystery, and this is not a mark against it but a simple acknowledgment human understanding is partial. The mystery begins for us as soon as a truly noncontingent God reveals himself to a contingent world of his own making.

Here is Bavinck thinking through aseity with typical clarity.

Now this independence of God is more or less recognized by all humans. Pagans, to be sure, degrade the divine by drawing it down to the level of the creature and teach a theogony; however, behind and above their gods they often again assume the existence of a power to which everything is subject in an absolute sense. Many of them speak of nature, chance, fate, or fortune as a power superior to all else; and philosophers tend to speak of God as the Absolute. In Christian theology this attribute of God was called his independence (αὐταρκεια), aseity, all-sufficiency, greatness. In the East, a number of terms were used: “(θεος ἀναρχος) God, without beginning or cause, unbegotten,” and theologians preferably spoke of God as “(αὐτογεννητος) the self-generate, (αὐτοφυης) self-begotten, (αὐτουσιος) self-existent, (αὐτοθεος) self-divine, (αὐτοφως) self-luminous, (αὐτοσοφια) self-wise, (αὐτοαρετη) self-virtuous, (αὐταγαθος) self-excellent, and so on.” All that God is, he is of himself. By virtue of himself he is goodness, holiness, wisdom, life, light, truth, and so on. As stated earlier, the church fathers usually followed Philo in grounding their description of God in the name yhwh. That was the name that described his essence par excellence. God was the Existent One. His whole identity was wrapped up in the name: “I will be what I will be.” All God’s other perfections are derived from this name. He is supreme (summum) in everything: supreme being (esse), supreme goodness (bonum), supreme truth (verum), supreme beauty (pulchrum). He is the perfect, highest, the most excellent being, “than whom nothing better can exist or be thought.” All being is contained in him. He is a boundless ocean of being. “If you have said of God that he is good, great, blessed, wise or any other such quality, it is summed up in a single word: he is (Est). Indeed, for him to be is to be all these things. Even if you add a hundred such qualities, you have not gone outside the boundaries of his being. Having said them all, you have added nothing; having said none of them, you have subtracted nothing.” Scholasticism as a whole fell in line with this view, also treating this attribute under the name of the “infinity” or “spiritual greatness” of God, or under that of the “aseity” of God, meaning that as the “supreme substance,” God is “what he is through or by his own self.” Later Roman Catholic theologians as a rule also proceeded from this aseity or independence.

In this regard the Reformation introduced no change. Luther, too, on the basis of name yhwh, described God as the absolutely existent one and as pure being. Yet, refusing to dwell on abstract metaphysical descriptions, Luther swiftly passed from “the hidden God” (Deus absconditas) to the “God revealed in Christ” (Deus revelatus in Christo). Melanchthon in his Loci describes God as “spiritual essence.” While Lutherans usually adopted this description, they often added the qualifying words “infinite,” “subsisting of himself,” or “independent.” Among the Reformed this perfection of God comes more emphatically to the fore, though the word “aseity” was soon exchanged for that of “independence.” While aseity only expresses God’s self-sufficiency in his existence, independence has a broader sense and implies that God is independent in everything: in his existence, in his perfections, in his decrees, and in his works. Accordingly, while in the past theologians mostly used the name yhwh as their starting point, in later years God’s independence occurs most often as the first of the incommunicable attributes.

Now when God ascribes this aseity to himself in Scripture, he makes himself known as absolute being, as the one who is in an absolute sense. By this perfection he is at once essentially and absolutely distinct from all creatures. Creatures, after all, do not derive their existence from themselves but from others and so have nothing from themselves; both in their origin and hence in their further development and life, they are absolutely dependent. But as is evident from the word “aseity,” God is exclusively from himself, not in the sense of being self-caused but being from eternity to eternity who he is, being not becoming. God is absolute being, the fullness of being, and therefore also eternally and absolutely independent in his existence, in his perfections, in all his works, the first and the last, the sole cause and final goal of all things. In this aseity of God, conceived not only as having being from himself but also as the fullness of being, all the other perfections are included. They are given with the aseity itself and are the rich and multifaceted development of it. Yet, whereas in the case of this perfection the immeasurable distinction between the Creator and creature stands out vividly and plainly, there is nevertheless a weak analogy in all creatures also of this perfection of God. Pantheism, indeed, cannot acknowledge this, but theism stands for the fact that a creature, though absolutely dependent, nevertheless also has a distinct existence of its own. And implanted in this existence there is “a drive toward self-preservation.” Every creature, to the extent that it shares in existence, fears death, and even the tiniest atom offers resistance to all attempts at annihilating it. Again: it is a shadow of the independent, immutable being of our God. (Reformed Dogmatics, vol. 2, 151-153)

Again, the importance of the doctrine is matched only perhaps by the difficulties it presents to the creaturely mind. Charles Hodge gives voice to these difficulties when he discusses whether temporal succession occurs in the mind of God (does God “remember”?). After recognizing the odd behavior of human memory (long lost memories coming back in a flash, consciousness of time, lost language proficiency, etc.), Hodge begs for humility when examining the eternality of divine thoughts.

There are, however, two senses in which succession is denied to God. Time first has reference to external events. They are ever present to the mind of God. He views them in all their relations, whether causal or chronological. He sees how they succeed each other in time, as we see a passing pageant, all of which we may take in in one view. In this there is perhaps nothing which absolutely transcends our comprehension. The second aspect of the subject concerns the relation of succession to the thoughts and acts of God. When we are ignoramit, it is wise to be silent…If unable to comprehend ourselves, we should not pretend to be able to comprehend God. Whether we can understand how there can be succession in the thoughts of Him who inhabits eternity or not, we are not to deny that God is an intelligent Being, that He actually thinks and feels, in order to get over the difficulty. God is a person, and all that personality implies must be true of Him. (Systematic Theology, vol. 1, 388).

When applied to the divine person, statements like “all that personality implies must be true of Him” help illustrate the limitations of human knowledge and language.

In my Doctrine of God I attempted to develop a theology that does equal justice to the metaphysics of Scripture and to its mutabilist language. I wanted to say, with full confidence, that God is unchangeable, while also asserting, with equal confidence, that the Word became flesh.

Was this task impossible? Some might say that I should have taken more seriously the alternative of mystery. There is a lot of truth in that suggestion. God is mysterious, incomprehensible, ineffable. And often when we reach a seemingly impossible problem in theology, like the problem of evil, like divine sovereignty and human responsibility, we should consider the possibility that we have reached the brick wall of divine mystery. There are no contradictions, of course, in God’s mind or in God’s revelation. If we run up against something that looks like a contradiction, and we can make no progress toward resolving it, we are often wise to set it aside, trusting that God has an answer even if we don’t. Perhaps the wall we have run into is simply the infinite depth of God’s mind. (here)

This too seems like a biblical place to end up. When the prophet Isaiah is confronted with the terrible prospect of exile and restoration, he is reminded of his own epistemological limitations (Isa 55:8-9). When the apostle Paul explores the fate of unbelieving Israel, he acknowledges the nature of God (Rom 11:33-36). I thank God for earnest scholars of the Bible and Christian tradition who are willing to gesture, clarify, and teach the most challenging doctrines of the church of Jesus Christ. I am also thankful for those who have the faith to look into the mystery and call it what it is.

One thought on “Gesturing at Divine Simplicity”