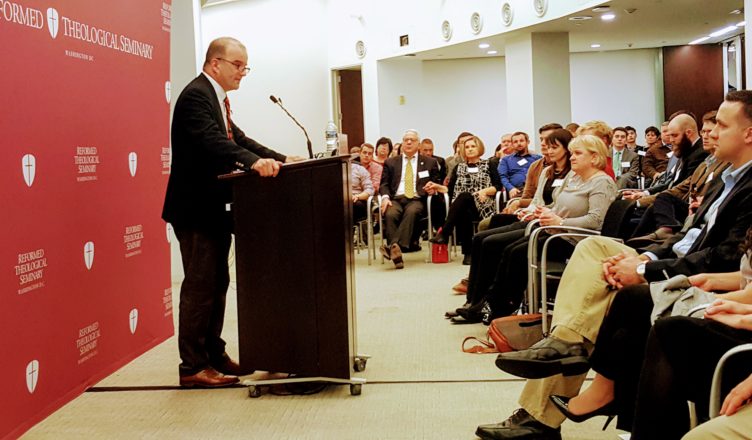 Dr. Carl Trueman has developed a reputation as a church historian, and staunch defender of confessional Christianity, an ordinary working churchman, and a social critic with a sharp wit and agile pen. He is spending the current year studying a history of identity in the modern age as the William E. Simon Visiting Fellow in Religion and Public Life as part of the James Madison Program in American Ideals and Institutions at Princeton University.

You can get an introductory glimpse of his current work in these two lectures given at RTS Washington. There is much food for thought and not a little “straight talk” on some issues Christians hesitate to broach in polite company. Maybe we need to think about how we can speak clearly on these things with love and charity.

The first lecture entitled, “The Road to Nowhere. Acknowledging the Unacknowledged Legislators: From William Wordsworth to Kim Kardashian.”

The second lecture, entitled, “The Road to Nowhere 2. True Life among the Death Works: Christians and Contemporary Identity Culture.”