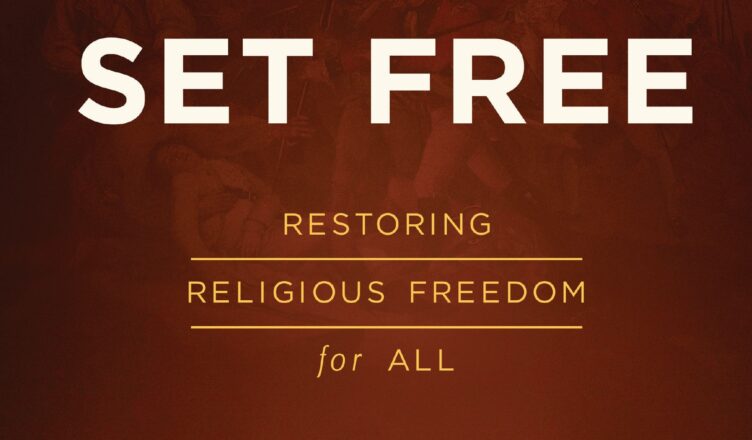 In a recent essay entitled, “The Earth is the Lord’s: A Biblical Theology of Religious Liberty,” I look at the biblical foundations for the idea of religious liberty. The essay is part of an anthology put together by the Institute for Faith, Work, and Economics entitled Set Free: Restoring Religious Freedom for All (Abilene Christian University, 2019)

While writing I was struck by the lack of research on the idea of religious liberty as a biblical concept, which gave my research the feel of a prolegomenon for the doctrine. In other words, I asked the question, “what biblical themes presuppose or undergird a mandate for religious liberty as a basic human right?” I was interviewed by Andrew Bennett at the Religious Freedom Institute about it, and you can watch that here (and see a quarantine mustache in the wild). If you want to read the article, you will need to pick up the book, but here is a taste:

The question of religious liberty, or of the liberty of religious belief and practice apart from infringement by the state, is not one that is assumed in the ancient context of biblical literature, but that does not mean the underpinnings of such a doctrine are not present in the ancient text. But what are these underpinnings? Do they point directly to religious liberty as a practice or do they generally affirm notions like religious liberty in ways that can be further worked out in trial and error? Such an endeavor will require a nuanced discussion that may frustrate partisan exigencies, but nuanced discussion is a spiritual discipline. In developing an argument for religious liberty from the Scriptures, readers should be careful not to fall into the bad intellectual habits of proof-texting, which confirms anachronistic political bias by way of superficial engagement with the text; rather, we should look for the broad themes and reoccurring motifs that can be traced through the whole of redemptive history.

This chapter will argue that the theological framework expressed in the Old and New Testaments assumes a commitment to religious liberty. It will also consider several biblical commitments such as the doctrine of divine kingship, the nature of personal faith, and the call to love one’s neighbor. Divine kingship reminds us that the world is created and sustained by the God of justice, and that creation is interwoven with his character, to which humans, made in his image, are called to respond with wisdom and faith. Such a response requires the liberty of personal belief and commitment. Furthermore, true faith is always represented as sincere and heartfelt rather than as nominal or a result of the threat of force. God calls his people to genuinely love him with their whole hearts, not merely in response to external pressure. Such sincere faith finds expression in one’s care of the oppressed and love of neighbors that leads to a concern for their own liberty of conscience. What we desire for ourselves, we ought to desire for others.

When surveyed from the perspective of progressive revelation and the development of the history of salvation, these doctrines formulate the basic contours of a biblical doctrine of religious liberty.

Pick up a copy here.