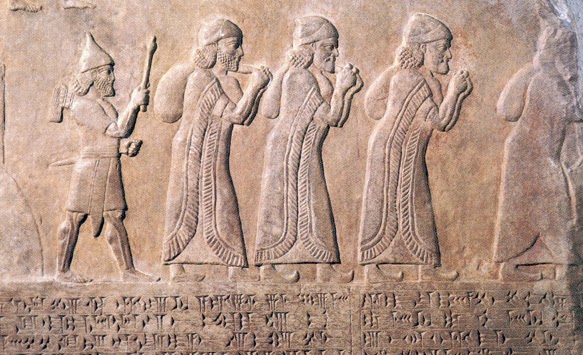 This past summer there was a flurry of discussion (see here, here, and here, and over here) about the threat of a coming cultural exile facing the conservative Western church. I was busy at the time with travel and the happy occasion of welcoming with my wife a new baby daughter into our home, so I didn’t get a chance to comment on that discussion until now. Hopefully the distance will provide some perspective.

There is a sense in which the church has always been in exile (1 Pet 1:1), awaiting the full restoration that Christ began in his incarnation but will not fulfill until he returns again. Throughout church history, her experience as an exilic community has waxed and waned, so that it is not entirely inappropriate to speak of exile when the church faces particular moments of defeat or persecution.

For this reason, I can sympathize with Christians who predict a coming cultural exile for the church in the West, one that is marked by prevailing cultural irrelevance. But we ought to consider what that means from a biblical perspective. In the Scriptures, exile is always a direct result of the rebellion of God’s people, and its stated goal is, among other things, to cleanse God’s people of their home-grown injustice and rebellion. This is clear throughout the prophetic corpus of Scripture, but can be clearly seen in the parable Isaiah tells in Isa 5:1-7. For Isaiah, the coming destruction of Judah and Jerusalem is triggered by their own “wild grapes”–the oppression and exploitation of the poor and the weak in their midst.

The restoration from exile comes on the condition of repentance (Lev 26:40-42; Deut 30:1-10; Jer 29:13). In this way, the city of God will be transformed through exile into the city it was always meant to be, a city of righteousness and faithfulness (Isa 1:26). The people’s injustice is the trigger of the exile, and their repentance is the goal of the exile (this is true in the New Testament too, see 2 Pet 3:9).

A cursory read of the biblical prophets shows the priority placed on the people of God for whom exile is a future, present, or past reality, depending on the historical setting of the prophet. Yes, there are multiple oracles against nations, but they are relatively few in comparison to the extensive amount of time and energy directed by the prophets towards God’s own people. The prophet Amos was perhaps the most provocative as he rebuked Israel for longing for the “Day of the Lord.” The Day of the Lord would be the day when God would set all things to rights, correcting injustice in the world and restoring the faithful. Amos argued that Israel  should not be surprised to find themselves subject to judgment, not blessing, when that day comes:

Instead of obsessing over the failures of their neighbors, the prophet implores Israel to turn inward. The proper response is not to decry the Assyrians or the Babylonians but to reflect humbly on their own grievous failure and repent.

As the prophet Jeremiah discovered, that is the kind of teaching that gets you thrown in a cistern.

Of course, biblical history shows that both the apostates and the righteous remnant go into exile. For the former group, exile represents condemnation, but for the latter it represents discipline that leads to restoration. We may exhibit a dangerous presumption if we do not inquire as to which group we belong, remembering that the righteous are marked by their repentance.

To be sure, the biblical exile provides vivid imagery. While I am not saying that exile is inappropriate for the current situation of the church in the West, we should be aware of what such imagery implies. If we invoke the notion of exile today, we should be ready to accept that we are indicted by implication.