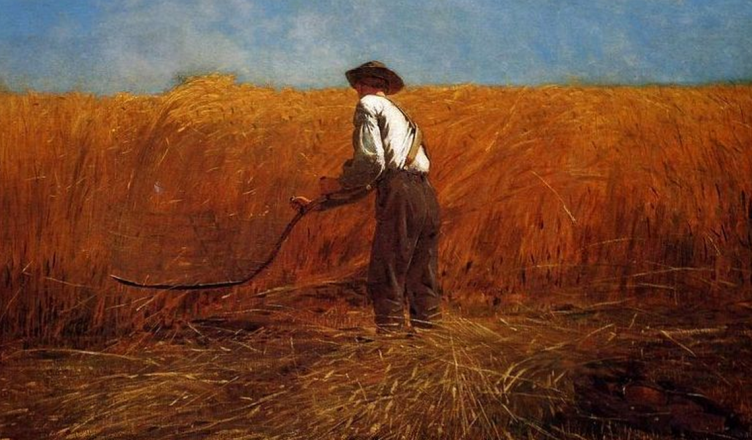 There is a lot of talk about the work-life balance and whether that balance is even possible. Work, after all, is a part of life, so how can we hope to balance the part with the whole? The Scriptures are more interested in a work-rest balance. The biblical paradigm presents life as comprised of both work and rest, two categories that are not mutually exclusive; rather each one provides the other with context and meaning.

I have a piece in the February issue of Tabletalk magazine about the image of God in Genesis and what that means for human work and human rest. Discussions and celebrations of the doctrine of imago Dei are also somewhat in fashion today, particularly in those quarters interested in exploring and developing a theology of work. It is a fashion that I hope does not recede anytime soon, but there is a risk of projecting too much onto the doctrine. The image of God can be used to justify just about any human endeavor, so how do we expand on the doctrine while staying rooted in Scripture?

One of the first things we learn about work is that we are to regularly stop doing it (Gen. 2:1-3). The creation account of Genesis 1 culminates in the Lord’s setting aside His creative labors in order to rest. That divine rest becomes a model for those made in the image of this working-and-resting God, which means that all humanity is likewise called to regularly rest from daily labor (Ex. 20:8-11; Deut. 5:12-15). Human rest is first presented to us as God’s rest. He completes His creative work, sits back, looks at it, declares that it is good, and then He rests. Even for the Lord, rest springs naturally out of work.

God calls humans to work and rest not merely because these are helpful suggestions for a good life but because they mark what it means to be human, because they emanate together out of the divine character in whose image we have been made. We work and rest because God does, and we are crafted in His image. This is true for all human beings, whether they realize it or not. Work is the means by which we carry out our calling as God’s image-bearers in the world, and rest is the means by which we reflect the lordship of the Creator who made us in His image.

In theory, most people understand that work and rest go together. Due to the fall, however, we tend to emphasize one over the other, forgetting that we are called to pursue both in concert. We err when we privilege one over the other because we break apart this structure for life that the Lord has ordained. In our rebellion, we take a good created thing and we turn it into an idol.

Work idolatry is work without rest, or what is sometimes called “workaholism.” We fall into work idolatry when we engage in work without preparing for it with rest. Such work is ultimately meaningless and unsatisfying for people made in the image of God.