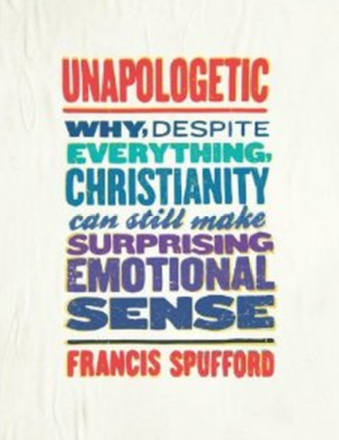 Today I was reading a year-old review of a two-year-old book that is still relevant and should have more impact than it has had (the book, I mean, though the review is helpful as well). 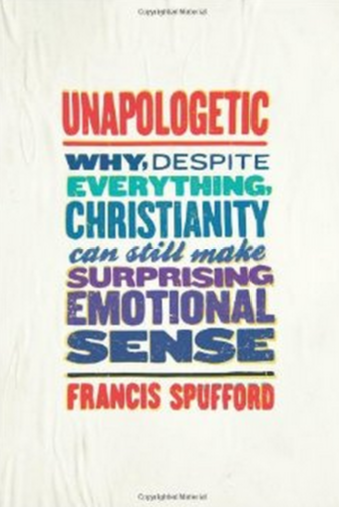 Francis Spufford’s authorial intentions in his book Unapologetic: Why, Despite Everything, Christianity Can Still Make Surprising Emotional Sense will come across as decidedly modest to many Christians of the evangelical ilk.  In the preface, he sets out his less-than-Everestian goal,

What I want to assert…is the [Christian] religion’s imaginative legitimacy, its rightful (and for that matter inevitable) but nonexclusive place in the domain of what we all dream, hope, conjecture.” (xii)

I have long felt that the imagination is the aspect of human life and experience least engaged by the modern church. Apologetics, which should include any defense of the faith, has traditionally been limited to merely empirical or logical argumentation, but the area of human imagination has been woefully neglected by many modern apologists. This might explain the recent shift toward more liturgical traditions and the mystery, history, and formality those liturgies smuggle into our corporate worship. It may also explain the reoccurring popularity of authors like C.S. Lewis and J.R.R. Tolkien as proponents and pioneers of Christian imagination, authors who have yet to be surpassed in typical Christian estimation.

Into the void, Spufford sets out to create space in which he can describe the attraction of the inner Christian experience, and he does it well. I applaud him, mostly for his solid performance in this book, but also for the fact that his project contradicts the modern habit of depicting Christianity and Christians in the worst light possible, one that often does not really fit reality. Perhaps the church is full of sex-obsessed prudes who lack one iota (“yod” to you Semitists) of tact and compassion, but if so, then just about every Christian community I have ever experienced around the world is an outlier.

What is more unfortunate is that well-intentioned Christians often perform a sort of collective “repentance” for crimes depicted as uniquely Christian, when most believing communities I have experienced show no such criminal tendency.

In Unapologetic, Spufford does not provide us with the definitive work on the imaginative legitimacy of Christianity, but he does open a door that I hope many more will enter.

Back to the review I was reading today. Wesley Hill in CT, writing last October. A good teaser:

A few weeks ago I was sitting with a friend, watching a trendy new sitcom that featured a Christian character. Five minutes into the episode, my friend said, “She fits all the stereotypes, huh?” The character was uptight, more concerned about what people do in the privacy of their bedrooms than about the plight of refugees in the Horn of Africa. When we turned off the TV, I said, “Shows like that make me wonder if the writers know any actual Christians.”

Not that Christians are never holier-than-thou or hung up on sex. But things aren’t so simple for most of us. Along with smug feelings of moral superiority, we also experience shame. We’re trying to live up to our ideals for sexual behavior, but many of us are also fretting over how best to support aid efforts in Haiti—or our neighborhoods. While we’re worrying about justice, we’re also asking ourselves how to have hope despite heartache. The question is, how do we invite outsiders to walk a mile in our shoes? How do we describe what belief feels like from the inside?

That’s the question driving Francis Spufford’s book Unapologetic: Why, Despite Everything, Christianity Can Still Make Surprising Emotional Sense (HarperOne). Rejecting the need for yet another defense of Christian ideas, Spufford tries instead to paint a picture of what it’s like to be a believer. He describes how emotions that are “deeply ordinary and deeply recognizable to anybody who has ever made their way across the common ground of human experience” are precisely the emotions that make up the Christian life.

Read the review here, pick up the book here.

P.S. This book is not an exhaustive “apologetic” nor is it necessarily conservative in its theological outlook. Spufford is no theologian.  As with any book, I suggest you read it with a well-disposed spirit and a critical eye.