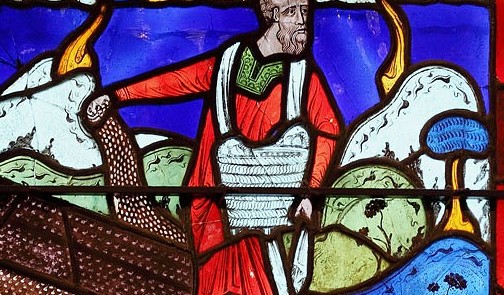 There is a story about the basketball coach who meets his star player off the court after a particularly poor game. “Son, are you ignorant or apathetic?” he asks, to which the player answers, “Coach, I don’t know, and I don’t care.”

I have a piece over at Christward Collective that will be the first of a two part series on the always interesting passage, Heb 6:1-12. In this passage, the author of the letter presents an argument meant to encourage Christians who are struggling with this sort of spiritual lethargy.

Do I have what it takes? It’s a question that all of us have asked ourselves. Some of you ask it every day. Do I have what it takes to succeed in this life? What if I don’t? What would they say about me? The pressure of the question can be so great that some of us are tempted to fail out of the gate–to undermine our own efforts before we even start. So often those who care the most about success make the least effort.

There is a sort of relief in lethargy, if you don’t strive, you can avoid the pain of failure, you can avoid acute sting of both effort and unmet expectations. The sluggish are often tempted write their own autobiographies with inaction, inertia, and ineptitude.

The letter to the Hebrews is written to a church struggling with a spirit of lethargy. They seem to have settled into a sort of deliberate immaturity that was marked by a thin experience of the glory of God in general, and a thin experience of the glory of Christ in particular. Having received the gospel with faith, the audience of the letter had, collectively it seems, opted for a sustained state of spiritual infancy, nourishing themselves with the equivalent of theological pablum, not because they did not have the intellectual capacity to delve into the deeper teaching of Scripture (Heb 5:13-14) but they lacked the confidence in the Spirit to receive the “solid food” of God’s revelation about himself.

The author of the letter, though unnamed, is clearly acquainted with the teaching of the apostles. Some have speculated that he is Paul himself. Apollos is another candidate. My professor and colleague at RTS Orlando Dr. Charles Hill argues convincingly that the clues the author leaves us lead to Silas/Silvanus who would have preached with Paul and Timothy (2 Corinthians 1:19) and co-wrote with them the two letters to the Thessalonians. Ultimately, however, these arguments rely on circumstantial evidence from the letter and they are not crucial to our interpretation.

What we can say is that the author encourages the lethargic church to whom he is writing with an strong robust theology of Jesus Christ. In the face of their spiritual immaturity, the author gives them a grand, deeply exegetical, portrait of the Son of God, the High Priest, the ultimate prophet, the messianic King Jesus.

The whole letter is fundamentally a Christological tract.

I would argue that this passage is not primarily a warning passage but an encouragement passage. It is not written as a warning of a danger to be avoided, but rather comparison that is meant to encourage the church in Christ.