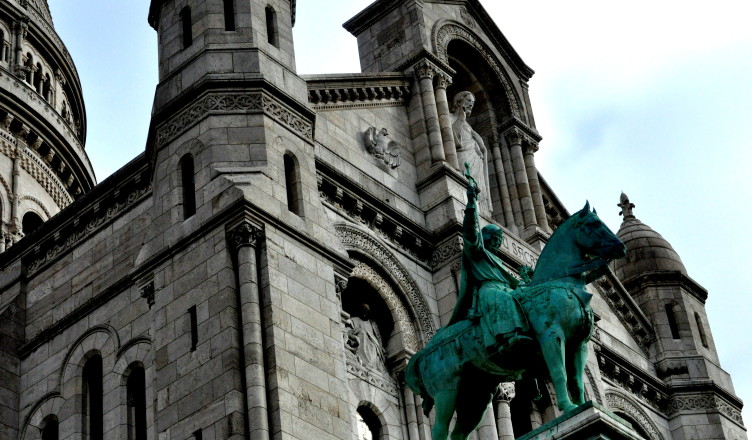 The visible people of God have always been a tricky group to quantify. Does one go by mere self-identification or should there be some measure of “devotion” such as church attendance, daily prayer life, or bumper sticker collection? What’s an honest sociologist to do?

In a particularly jarring passage (Matt 7:21), Jesus himself teaches that not all those who self-identify on surveys would enter into his kingdom (Do you ever cry, “Lord, Lord”? Check [a.] for yes and [b.] for no). This passage raises several questions about survey techniques, but probably more about the personal assurance of salvation. As an aside, that is what Jesus is talking about here. He is offering to his followers a faith which is transformative, one which renews the heart and therefore renews the life as a whole, including the believer’s outward effect in the world. He makes this point by evoking agrarian imagery of a plant and its fruit; it is a common biblical trope (cf. Ps 1:3-4) and finds theological foundation in the shema (Deut 6:4-9). If the root (heart) is transformed, the whole plant (soul) is transformed, and fruit (strength) is produced (See this post). So it is with people of faith.

Earlier in the same passage, Jesus describes his true followers as those who enter in the “narrow gate” of faith in distinction from the “broad way” of unbelief (Matt 7:13).

In putting it this way, Jesus implies that the righteous remnant will be just that, a remnant, a minority group, when compared to those who opt for the broad way of the world.

But what kind of minority are they? The metaphor of the narrow gate can be unpacked in several ways:

1.) Perhaps they are a historical minority, meaning that of all those humans who ever lived in every time and place, those who are truly Christian make up a smaller group than those who are not. This seems demonstrably true, though it raises questions about the sample set, which by definition must be indeterminate since our knowledge of the history of human populations is so limited.

2.) Or is there a more immediate meaning? Perhaps, we should think of this analysis as a synchronic slice of human population at any time. If viewing such a slice were possible (by anyone other than God) and we could measure it, we would find true believers to make up a meaningful minority within the sample of humanity.

4.) Perhaps Jesus is speaking self-referentially as the only “way” to God (John 14:6), a singular road instead of the multiple lanes of idolatry and false belief. Even in this case, the narrowness of his way indicates the minority who pass through it.

All of these interpretive options are plausible, and none of them are necessarily mutually exclusive. Each interpretation reminds us of the grace shown by God toward his peope who, if left to their own devices, would choose the broad and easy way every time. Passage on the narrow path is not earned by the traveler; it is won by the Savior.

I know these questions might seem banal to some, but they are a curiosity for me, perhaps because of my work in an organization where we have to make decisions about the upcoming year based on measurable data. The goals we set for ourselves are influenced by the results we perceive to be attainable? This is true of all human goal-setting. It is why the church is not currently sending missionaries into space to evangelize intelligent life on other planets, but this is not to say that we are closed to the idea, if the need arose and the means were available to us (see The Book of Strange New Things).

The questions above become practical when we think about mission and global Christianity. The question is not how expansive the Church’s missional program ought to be but rather what the Church ought to expect from her missional program. Most Christians believe that the gospel should be proclaimed throughout the earth. Where we disagree is on the matter of expectations. Should we expect the world to become Christianized through the church’s faithful obedience to the Great Commission (Matt 28:18-20), or should we be satisfied with merely preaching the gospel to all the nations (Mark 13:10) regardless of effect? The word “merely” somehow does not seem appropriate in that sentence. Global gospel proclamation is a daunting task.

To put it another way: will this present eschatological moment, set in between the first and second advents, be perpetually marked by a Christian minority in the world, granted it is a minority that will be made a unanimity in the new heavens and new earth? Should we expect a Christian majority in the pre-Parousia world?

These questions come to mind when I encounter studies like the “Status of Global Christianity” put out by the International Bulletin of Missionary Research.  George Weigel has waded through the material and put forward a useful overview at First Things. The numbers seem pretty good for Christianity in particular regions and traditions.

The most extraordinary Christian growth over the past century has come in Africa: home to 8.7 million Christians in 1900, 542 million today, and perhaps 1.2 billion by 2050, when there will be as many African Christians as Latin American and European Christians combined. Twenty-first century Christianity is also a far more urban reality than a century ago. In 1900, 29 percent of the world’s Christian population lived in cities; it’s 65 percent today, although that’s projected to decline to 59 percent by 2050. But perhaps the most astonishing numbers in the survey involve Pentecostal and Charismatic Christians. There were 981,000 of these souls in 1900; there are 643,661,000 of them today; and there are projected to be over one billion Charismatics and Pentecostals in 2050. In raw numbers, then, Charismatic and Pentecostal Christianity is the fastest growing phenomenon in world religious history.

The overall picture, however, is somewhat less impressive.

There has been 1% growth over the last 15 years or so, but that comes after a 2% drop over the previous century. The decline of

European Christianity explains the drop and it seems that increase in African Christianity has balanced it out. So here is the question: is this ebb and flow to be expected of the global people of God? Admittedly, it does describe the history of the church over the past two millennia. To wit, North Africa was once a hub of global Christian life and thought, but the Church in the region went dark during the Muslim conquest, and the faithful spread outward like the corona during a solar eclipse.

Weigel closes with this sober observation.

One more disturbing number: according to the survey’s projections, only 14 percent of non-Christians today know a Christian—a number that speaks to both the isolation of religious groups from each other and the failures of evangelization. So there’s a lot of work to do in fulfilling the Great Commission, especially with those who have no contact with the faith.

Christian communities that have a spirit of evangelization will resist the modern impulse toward a closed tribalism that seeks to protect its members at the expense of engagement and proclamation. But that brings us back to the question of expectation. Should we expect more than 14% of non-Christians to know a Christian? I would think so, but what should the percentage be? Would 75% inspire the same self-castigation?

To be sure, one day 100% of humanity will meet the risen Christ and will subsequently bow and confess. But we are in a race till that day, that they might meet a Christian first.