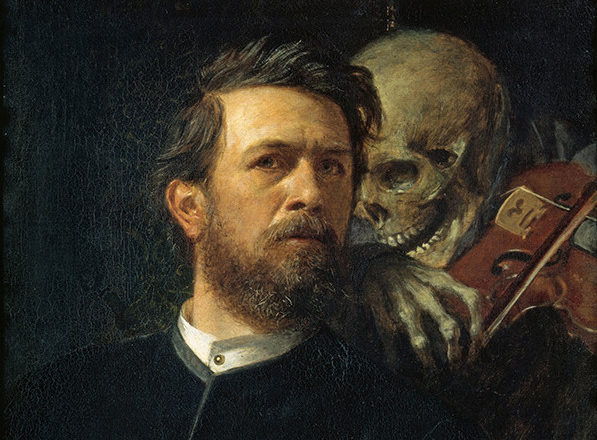 One response to death is to accept certain eastern notions of death as the dissolution of the soul back into nothingness, or perhaps everythingness. In this approach death is not evil, not a tyrant, but simply the means to unspeakable, un-individuated existence, in which the soul becomes one with the world. In death the soul goes out as a breath mingling with air from which it came. Death is not sad because it is not meaningful.

Another response is to deny death. This response is perhaps the most common in the modern West. These folks remove death from their presence. They avoid it at all costs. They avoid even the thought of it. In his book The Denial of Death, cultural anthropologist Earnest Becker writes:

The irony of man’s condition is that the deepest need is to be free of the anxiety of death and annihilation; but it is life itself which awakens it, and so we must shrink from being fully alive.

The truth of this statement is painfully felt in the worried, fretful, and anxious existence of the both the helicopter parent and elderly person obsessed with anti-aging remedies. Death avoidance tends to lead to life avoidance.

There is a new response, or at least new to the mainstream of society, which is the one that makes death a fetish, an obsession. This response is clearly seen in the spate of horror films which loosely package images of grisly and graphic deaths strung together by a hopelessly anemic plot.

The resurrection of Jesus is positive proof that Jesus’ crucifixion fundamentally changed the nature and effect of death. Where once death was a terminal curse, it is now a corridor to communion with God and, ultimately, the resurrected life. For those in Christ, death is the soil out of which eternal life springs.

This does not take away the grief that attends to death, but it means that our grief is felt against the backdrop of hope not despair. That is the bite, the sting that Paul is taunting in 1 Cor 15:55.