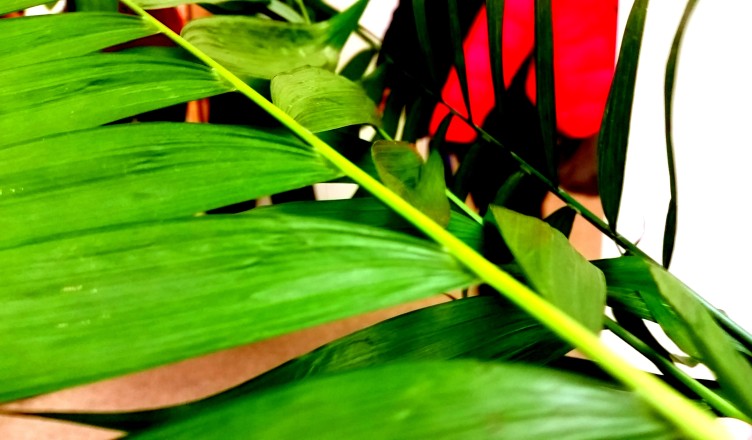 Woody Allen famously said that 80 percent of life is just showing up. He was talking about the big plans that people make but never actually get around to initiating, like writing a book, starting a business, learning a language, or whatever other endeavor they had written in their middle-school diaries or personality type quizzes. For those people who want to hold elected office, 80% of the work is actually putting together a campaign. You know, showing up.

So when you actually do “show up” and things don’t go the way you hoped, the sting is especially deep. Such is the sting of unmet expectations, and it is the cause of so much of our daily frustration and misery. Those involved in work that has a public element to it, like writing, preaching, and teaching, face the blight of unmet expectations whenever we invest our time and energy into a sermon, a lecture, article, or book, and the response is less than resounding. Think of the common story about how many publishers turned down a young writer before her first great work is finally accepted for print (I recently heard Camille Paglia’s account of this modern day type-story).  Or think about the times when a preacher pours his heart out to the congregation only the be greeted afterwards with  a polite “Thank you” and glad-handed “Great sermon!” Little do congregations know that these well-meaning responses reveal a not-so-subtle absence of effect. You showed up, but nobody cares.

The Gospel of Mark and the Triumphal Entry

In a text read around the world on Palm Sunday, the Gospel of Mark presents the unmet expectations of Christ’s triumphal entry (Mark 11:1-11). The passage provides a prologue to all of the eschatological frustrations of the Passion Week . In fact, the arrival of the long-awaited Davidic King just doesn’t go the way we might have expected it would, and this gospel twist of fate tells us more about Christ’s earthly ministry than we may realize.

First, in Mark’s account the Messianic prophecies of Zechariah (Zech 9:9) are stripped from the rationale for Christ’s triumphal entry into Jerusalem (unlike Matt 21:4-5). Furthermore, the psalm on the lips of the gathered crowd is a pilgrim’s song most likely used by those entering into the city during one of the three great pilgrimage feasts of the Old Testament liturgical calendar (Ps 118:25-26). The mention of the “kingdom of our father David” might therefore be best understood as a general call for salvation and an  instance of the people proclaiming more than they meant. Taken this way, Jesus is being received more as a celebrity pilgrim than a messianic king, powerfully downplaying the paramount quality of the event.

Second, the key moment of anticlimax occurs when Jesus, having triumphantly entered into the city, arrives at the temple. Jesus surveys the temple facility, ostensibly preparing for some sort of proclamation. Upon doing so, however, he calls off whatever he was planning due to the late hour and leaves the city once again. The point is subtle and implied, but for Mark the triumphal entry ends in a whimper not a bang.  The only righteous, only worthy pilgrim arrives at the house of the Lord, but he arrives too late for anything momentous to happen. As the temple is not his home, he lodges elsewhere. The temple cleansing must wait for another day.

When we think about Christ emptying himself (Phil 2:7), we must include more than merely the taking on of human flesh and the death by crucifixion. Dutch theologian Herman Bavinck expands the notion:

Christ’s humiliation abides most clearly in the incarnation and crucifixion, but  it also includes all suffering and affliction that is typical of the human experience, including unmet expectations, dashed hopes, and public embarrassment. Jesus, like us, sometimes shows up to an empty room. We look in on such events when he preaches in his hometown and his own people either ignore him (Matt 13:54-58) or attempt to murder him (Luke 4:28-30), when he perceives that his popularity is due to the crowd’s desire for sensationalism not faith (John 2:23-25; 6:64; 10:25, 38), and when he weeps for his capital city and their rejection of their rightful king (Matt 23:37; Luke 13:34). Each time, Jesus shows up, but the people’s response leaves much to be desired.

In the triumphal entry, Jesus makes great plans for a climactic moment that never arrives, and this story provides a microcosm of the Passion Week as a whole. In the Passion Week, the arrival of a great messianic king ends on a Roman cross. The incarnation of the Creator God ends with creaturely rejection. The great restoration project is rejected by those who seek to be restored.

The greatest unmet expectation, however, is ours to enjoy. While we were still sinning (Rom 5:8) and actively condemning our king to the cross, he is going about the business of forgiving us for our sins. While humanity is bent on aborting the messianic mission before it gets off the ground, the Messiah himself is already renewing all things through his atoning death. The rejection of the Messiah provides the groundwork for human salvation, or to quote that pilgrim of Palm Sunday, “The stone that the builders rejected became the chief cornerstone” (Ps 118:22).

It matters that our high priest is able to empathize with us in our suffering and temptation (Heb 4:15). We can find comfort knowing that he too has experienced the sting of unmet expectations, and he intercedes for us now at the right hand of the Father.