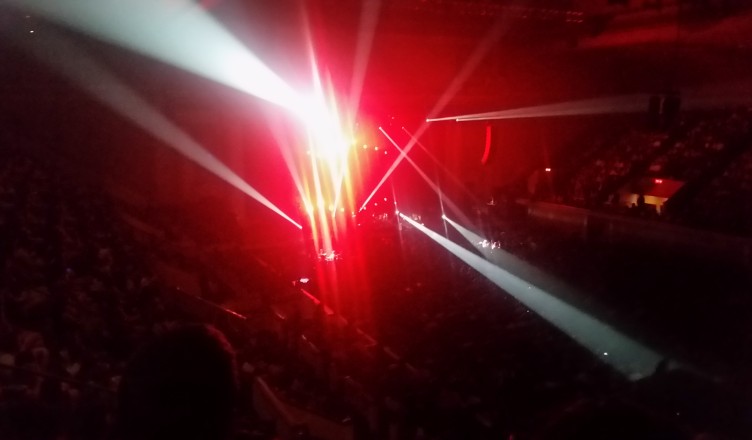 I have a new post at the OnFaith site about the new Kurt Cobain documentary Montage of Heck and a recent Sufjan Stevens show at Constitution Hall in Washington, D.C.

I remember the first time I heard Nirvana’s genre-defining album Nevermind. A friend and I had skipped class during what would become my first of two senior years (due to a school transfer later that year).

We were parked in front of the music store, she in the passenger seat, a surfer girl with a nose ring and a tattoo, which wasn’t altogether common for high school girls in those days, this being before grunge really became a thing and Goth’s ascendancy was a thing of the past.

The now familiar naked baby album cover on the dash of my ’81 Volvo station wagon, the cassette clicked, and those power chords of “Smells Like Teen Spirit” assaulted my ear canal for the first time.

As a teenager, I knew little about the childhood of Nirvana’s lead singer Kurt Cobain that is chronicled in new documentary Montage of Heck, which premiered May 4 on HBO. The film makes a point of highlighting the multiple afflictions that led to his angry genius and ultimately his final tragedy by his own hand.

We learn of his parents’ divorce, followed by his mother sending him to live with his father, stepmother, and their new family who soon learned they couldn’t handle this hyperactive and anti-social young man, his father’s struggle with the son he didn’t understand, his nomadic existence moving between the homes of relatives who tolerated him as long as they could, his abdominal condition that caused him to vomit and experience unbearable pain, and ultimately his early secret flirtation with heroine that turned into a lifestyle.

Cobain’s response to all of this mess was authentic and understandable. He pondered death in those teen years and loathed the fake, cool-guy acts of his peers at school and the hypocrisy of his parents whom he claimed to love despite opposing everything they stood for.

4 thoughts on “Of Lithium and Grace”