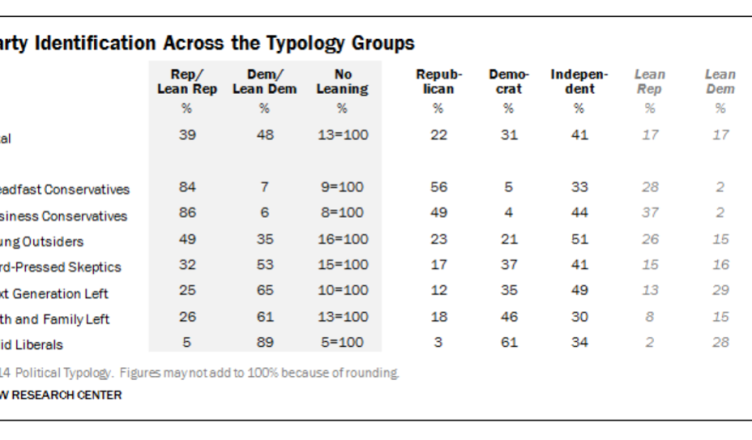 This whole study by the Pew Research Center on typology and political affiliation is interesting. 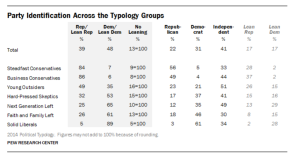 Notably, substantial shares of all seven groups – including the three groups that are near uniform in their political preferences – choose not to identify with a political party. The two youngest groups, the Next Generation Left and Young Outsiders, are the most likely to embrace the independent label. About half of those in both groups call themselves political independents. But more than four-in-ten Business Conservatives (44%) and a third of Steadfast Conservatives (33%), also call themselves political independents, with most of those saying they lean to the Republican Party. And about a third (34%) of Solid Liberals say they are independent, with most of those leaning to the Democratic Party.