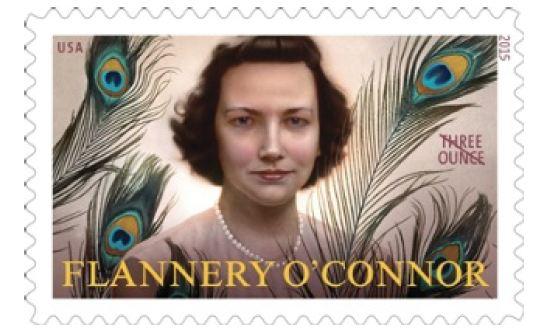 In honor of Flannery O’Connor’s newly announced stamp series, here is a link to a New Yorker article comprised of excerpts from her journal as a young writer participating in the Iowa Writers’ Workshop in 1946. Some of it reads like a portrait of the artist as a young moralist, with much self-deprecation and guilt, but nevertheless much more lucid than anything I wrote at her age (21).

She feeds off her guilt, as do the characters in her stories:

The intellectual & artistic delights God gives us are visions & like visions we pay for them; & the thirst for the vision doesn’t necessarily carry with it a thirst for the attendant suffering. Looking back I have suffered, not my share, but enough to call it that but there’s a terrific balance due.