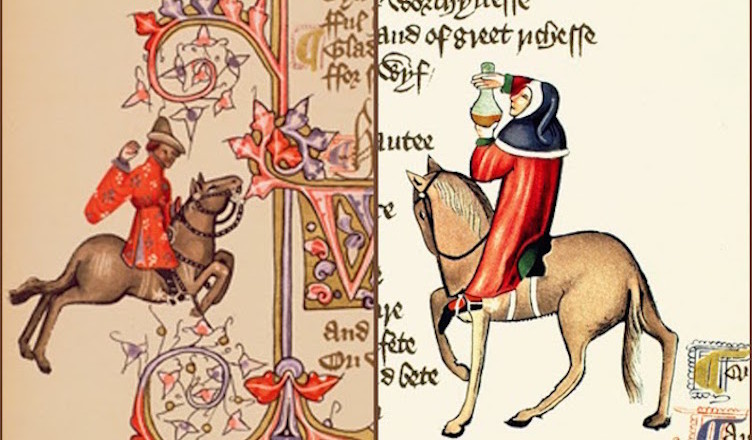 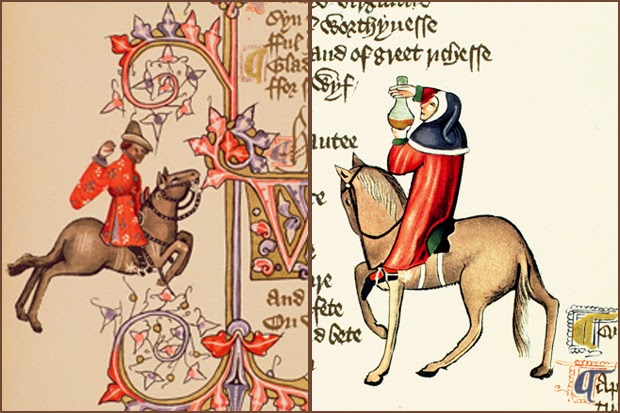 Sam Leith reviews Paul Strohm’s account of a pivotal season in Chaucer’s life (The Poet’s Tale: Chaucer and The Year that Made the Canterbury Tales [Profile Books]), and the poet’s refuge to which he retired nightly to scribble away at bawdy tales about strangers on the road.

Proust had his cork-lined bedroom; Emily Dickinson her Amherst hidey-hole; Mark Twain a gazebo with magnificent views of New York City. Where, then, did the father of English poetry do his work? From 1374 till 1386, while employed supervising the collection of wool-duties, Chaucer was billeted in a grace-and-favour bachelor pad in the tower directly above Aldgate, the main eastern point of entry to the walled city of London.

‘Grace and favour’ makes it sound grander than it was. With the help of a wonderfully ingenious pattern of inferences — in particular an architectural drawing from 200 years later which happened to include a sketch of Aldgate’s north tower at its margins — Paul Strohm is able to reconstruct the room in which, after a long day weighing bags of wool and writing down columns of figures, Geoffrey Chaucer retired to scratch away at his verse.

Chaucer occupied a single bare room of about 16’ x 14’. The only natural light would come from ‘two (or at most four) arrow slits’ tapering through the five-foot thickness of these walls (the towers were a defensive feature) to an external aperture of four or five inches. ‘Light, even at midday, would have been extremely feeble. Arrangement for a small fire might have been possible. Waste would be hand-carried down to the ditch that lapped against the tower and dumped there.’

You can imagine how cosy it was in winter. And the noise! Chaucer slept directly over the main London thoroughfare. Every morning at first light the portcullis would go rattling up, and thereafter ‘the creak of iron-wheeled carts in and out of the city, drovers’ calls, and the hubbub of merchants and travellers pressing for advantage on a wide but still one-laned road, probably made sleep impossible, five-foot walls or no five-foot walls’. That’s if he could hear anything over the incessant bong-bonging of bells from each of the three churches within a couple of hundred feet of his front door.

Meanwhile ‘a stench wafted from the open sewer known in its northern extension as Houndsditch that ran (or festered) just outside the city wall’; Houndsditch was so called because of the many dead dogs dumped there. In addition to rotting garbage, dead dogs, and faecal waste from the next-door Holy Trinity Priory (‘a populous foundation’, Strohm tells us jauntily), you’d find ‘the occasional human corpse’. ‘And then,’ Strohm adds with excellent tact, ‘there was the matter of felons’ and traitors’ rotting heads…’ This was an occupational hazard of living in a gatehouse tower. On the other hand, there was a nice view from the roof…