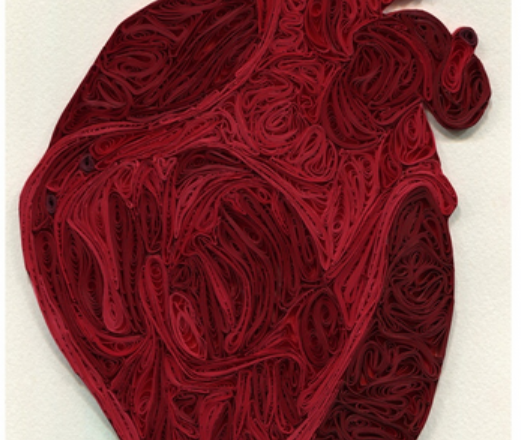 This is part two of a series on the “Shema” (Deut 6:4-9). Part one of this series covered the notion of biblical simplicity and how it is the proper response to the God of the Bible.  It can still be found on the Gospel Coalition site. I have been thinking a lot about the Shema over the past few years, and I still can’t get to the bottom of that passage.

In reading this verse, the three categories, heart, soul, and strength, should not be taken as discrete elements of the human make-up but rather as general overlapping aspects of the human life.

The Hebrew word lev (translated “heart”) refers to the general cognitive and volitional capacities of the person (in the Hebrew lexicon there was not a clear distinction between heart and mind in the rationalistic sense). The word nefesh (translated “soul”) speaks to the person, the self, perhaps the whole of the person as a person including the body. In fact, the Hebrew word is sometimes to communicate reflexive action, e.g. “he did such and such to himself.” The self refers to the whole of the person, not merely the inner person but also the rest of that which is the person.

The last Hebrew word meod (translated often as “strength” or “might”) presents a dilemma, not because it is an uncommon word, but because it is rarely ever used as a noun as it is here. The only other place it is used in this way is 2 Kings 23:25 where it is used in a quote of the Shema to describe Josiah. The word usually occurs as an adverb meaning “very” or “really,” but the use here seems to be quite different. The Old Greek translation of the Hebrew word carries the meaning “power” or “strength” though a different word is attributed to Jesus’ recitation of the verse in the Gospels (Mark 12:30; Luke 10:27).

Strength here should probably be thought of as “worldly effect,” the consequence of a person’s life, their relationships, influences, transactions, property, investments, and the like. True to this interpretation, Aramaic translations of this passage found in the Targumim render this word with Aramaic terms for “possessions” (both Neofiti and the older Onqelos), as does the later Syriac Peshitta.

The Inner Person and the Outer Effect

The word refers to a person’s outward activity, and we can see how strength gets at that and how property gets at that. After all, the strength of a king is his army, wealth, influence, and the like. It makes sense because we see a movement in the teaching from thought to self to activity, from inner person to outer person and finally to effect in the world.

The love of the Lord which results from his singular, non-contingent, independent nature should consume the whole of the inner person, the outer person, and the effect of the person in the world. If this interpretation is correct then Jesus might cite the Shema to support his teaching that “where your treasure is, there your heart will be also” (Matt 6:21; Luke 12:34). In fact, Christ’s teaching here would be a succinct summary of the Shema.

Likewise, the following four verses of the Shema (Deut 6:6-9) seem to apply the “heart,” “soul,” and “strength” in a way that collaborates this interpretation. Write these words on your heart, bind them to your body, mark them on your doors and gates.

There is no internal differentiation. There are no free states within the kingdom of the self, but rather they are all devoted to the Lord. The covenantal love was to infiltrate to fill the symbolic space of the self, just as the glory cloud filled the tabernacle, chasing out whoever lingered there (Exod 40:34-35).

The love to which the Lord calls his people does not earn them anything either. The redemption from slavery in Egypt is accomplished and applied. Israel is truly free. The Lord has renewed his ancient claim for his people (Gen 12:1-3), and now he draws them into a meaningful relationship, one marked by wholly integrated love.

Their identity is wrapped up in their relationship with him, and that relationship is secure, established, redeemed, and set on a trajectory for the sort of blessing that only attends to those who are identified with the living God.

This secure identity does not mean, however, that there is no more story to tell. The reality of the wilderness wondering, a fresh memory to the pilgrims organized on the steppes of Moab, illustrates the slide toward fragmentation, even among those identified as God’s redeemed people.

One thought on “Shema Part Two: What is your “heart, soul, and strength”?”