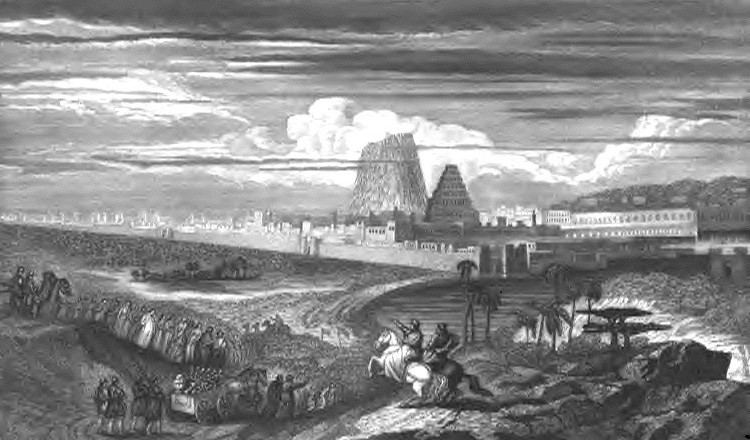 I have a post over at the Christward Collective about the dynamics of exile for the people of God living in a culture in which belief in Christ and all that entails is not merely out of fashion but downright opposed.

We should remember that, from a historical and global perspective, such disenfranchisement is common to the Christian experience, perhaps more the rule than the exception. Equipped with this perspective, the church can move forward with hope and confidence in the promises of God in Christ to his people.

When talk turns to exile, Christians ought to understand the full sense of that term. God’s kingdom does not advance despite opposition from the world, but as a result of it. The church is experiencing her own exilic quality in many parts of the world, and the American church should not think she is exempt from such an experience as well. The experience of exile, however, should not inspire a generation of worried hand-wringers but a community of humble commitment.

I wrote last fall about the idea of the American church entering into a time of cultural exile. Since that time the issue has been revisited by several public voices (and here and here), and debate has arisen over or exactly what sort of exile this current situation would entail. I do not think that there is a typological distinction to be made between the Babylonian exile of the Old Testament and the exile to which the Apostle Peter speaks in 1 Pet 1:1-2, though some have made that distinction.

That restoration, however, is not completed in Jesus’ first advent, but, to use the term common to biblical theologians, the restoration is inaugurated. In Christ, the kingdom of God is truly at hand and established in Christ’s ministry (Matt 4:17; Mark 1:15), his death, resurrection, and ascension to where he now reigns in the most prestigious position of the heavenly court, but full restoration has not yet been effected.

The church now operates according to an already/not yet dynamic between exile and restoration. Though the nations are being grafted into the people of God through the work of the church responding to the Great Commission, that engrafting is not yet complete, and everyone has not yet repented (2 Pet 3:9). Similary, though the “new man” lives within everyone who is in Christ (2 Cor 5:17), the full renewal of resurrection is something yet to be grasped (1 Cor 15:12-49). When these conditions obtain by God’s good pleasure, we can anticipate that the full consummation of the kingdom of God will take place over the face of the earth. According to Peter, this time in between the inauguration and the consummation is a time that is marked by God’s grace so that all may be brought in to the kingdom before the second coming of Christ.

You can read the rest here.