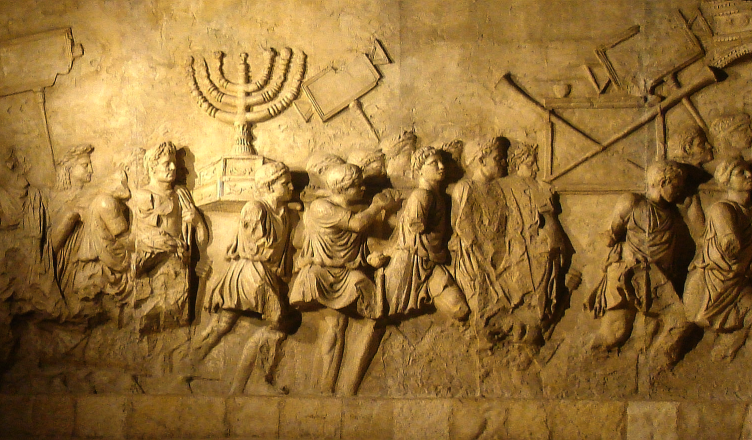 To what extent did Jews living in Judea after the restoration of Jerusalem in 536 B.C. and before 70 A.D. (commonly referred to as the Second Temple period) actually constitute a discrete Mediterranean society? And if such a society can be described, to what extent is it marked by solidarity on the one hand or reciprocity with its environment on the other? These two categories, solidarity and reciprocity, have emerged from sociological study* to provide the primary analytical tools for a Seth Schwartz’s book entitled Were the Jews a Mediterranean Society? Reciprocity and Solidarity in Ancient Judaism (Princeton, 2010).

I have found Schwartz’s work to strike a nice balance between depth and elegance (it comes in at around 200 pages), making it a valuable exploration of some recent work done in the social history of early Judaism

The question of Jewish social identity during this period is important for merely historical reasons, but it also has bearing on how Jewish and early Christian communities viewed themselves in relation to the exile. Was the exile over or was there a conscious awareness of some elements of the exile were still in effect? A multitude of New Testament prophecies indicate that, for early Christians, true restoration from exile was taking place in their day as a result of the coming of Christ. John the Baptist was the prophetic forerunner spoken of by Isaiah (John 1:23). Jesus was the light shining in the darkness of the northern tribes (also Isaiah; Mark 4:13-17). Pentecost commemorated the outpouring of the Spirit (Acts 2:1-13) which would accompany restoration. These are just a few places in which the gospel message is deliberately painted with the tones of restoration.

Of course, given its antiquity and diversity, Jewish social identity during this period is a complicated subject, but Schwartz does us a service by delineating certain Jewish themes in light of the dual categories of solidarity and reciprocity. These two poles provide a helpful spectrum upon which he can plot social values, constructs, and documents of the period.

The thing is, a social group’s relationship to its environment shifts with the environment. As imperial authorities shift during the Second Temple period (Babylonian-Persian [Achaemenid]-Greek [Seleucid]-Roman), so do the way in which the Jewish community relate to them. Talking about Jewish engagement with the Roman belief system concerning honor, Schwartz writes,

The ancient Jews’ peculiar cultural anxieties about reciprocity and honor had at some periods important political aspects. Indeed, these anxieties may help explain something about the unusual difficulties the Jews initially had in adapting to Roman rule, as they indubitably did, and also about the Palestinian rabbis’ odd and mercurial balance of accommodation and resistance. this is not to deny that other factors played a role. The Jews’ religious exclusivism was easily adapted to imperial systems that worked by fostering local particularlisms while partly co-opting provincial grandees. Judaism may even be regarded as to some extent an artifact of such a political system, if it was true that the compilation and promulgation of the Torah were initiated or supported by the Achaemenids. But it was much harder to adapt to a more centralizing statelike imperial system like that of Rome at its height. while not identical to the problems created much later for European Jewish Communities by the rise of the nation-state, there is a certain distant family resemblance. The truism is that Jews’ monotheism made it hard for them to submit to Rome is too crude when so baldly stated, but it contains a hard kernel of truth. Darius II or Antiochus III might have been happy to let the Jews submit to their superstitions provided they had a cooperative and culturally malleable high priest in Jerusalem (cultural malleability would enable his interaction with imperial officials) who was an efficient remitter of silver to the royal treasury, but the Romans wanted more, because they ruled differently.

Which highlights the fact that the primary change in 536 B.C. was more about geography than liberation. The imperial domination continued though the agents carried different flags. Schwartz continues,

While the Achaemenids [Persians] tried to work through, and co-opt politically rather than culturally, temple establishments, and the Seleucids [Greeks] exploited individual local rulers, who were expected to be acculturated to the manners of a Greek court, the Romans tried to co-opt entire aristocracies, the cultural pressure on which was intense because they were intended not merely to be intermediaries between subjects and state but to become Romans. It was taken for granted–never explicitly stated–that this entailed the adoption of a set of cultural norms, a way of being in the world, that was not easily reconcilable with the exclusivistic demands of Judaism.

According to Schwartz, the ancient historian Josephus downplays the actual reciprocity between Jewish practices and Roman practice.

An analysis of Josephus’s writing allows us to be more specific about this: the Jews, especially in Judea proper had native redistributive systems and associated cultural norms that predisposed them to reject those on which the Romans founded their empire. The Jews’ rejection of the cultural complex of benefaction-honor-memorialization was demonstrably not as complete as Josephus claimed, but the archaeological remains of first-century Judea show that in this case, Josephus exaggerated, but did not invent: piety, to the exclusion of honor, really did drive Jerusalem’s culture of benefaction. Wealthy Jews invested in famine relief and temple provisions, not in monumental construction and entertainments. Herod’s attempt to romanize Jerusalem’s culture of benefaction–though Josephus admitted that even Herod sometimes follows the native norms of pious donation–was not, contrary to Josephus’s claim, a complete failure, but had little lasting impact.

The rabbinic literature presents a picture of a Jewish culture of benefaction and honor that was utterly transformed. The Talmud Yerushalmi takes it for granted that Jews outside rabbinic circles had thoroughly internalized Roman norms. Palestinian Jews in the third and fourth centuries mostly lived in towns that had become full participants in the Roman provincial system and that had the normal complement of monumental public buildings, funded by the liberality of the wealthier citizens and commemorated in the form of inscriptions (and in some places perhaps statues) that expressed the gratitude of the municipal community. (pp. 171-172)

The point here is that, regardless of the ways that a group portrays their reciprocity or solidarity, their accommodation of or resistance to outside influences, the pressure of those influences often have deep and possibly unrecognized effects. Purity may be possible in the communal imagination and discourse, but in real practice, environmental influence can be profound.

This is true of Second Temple Judaism, it is true of the early church, and it is true today. Our faith and practice do not take place in a vacuum, and we delude ourselves and others if we argue to the contrary. The wise community recognizes that influence happens and that it happens in different ways depending on the shifting pressures of the governing authority.

In the American context, we are experiencing a shift, similar in kind though surely not degree, to the shifts between Persian and Greek and Roman imperial rule. As a community of faith, the broader church can expect new pressures and the consequent shift in how our community responds to such pressures. What ideas will be imbibed? How will our language shift? What new themes will enter into our communal imagination? I would argue that recent discussions about “flourishing” reflect a communal response to outside pressure to make faith more socially legitimate. Likewise, renewed thinking about exile might reflect another response.

This state of affairs is not unique nor is it necessarily “bad”–this is how the believing community has developed over the millennia– but it does call the community of faith to renewed awareness of the environments in which we are living and prayerful deliberation about the direction we are heading.

*For an introduction to receiprocity as a moral norm, see A. Gouldner, “The Norm of Reciprocity: A Preliminary Statement,” American Sociological Review 25 (1960): 161-78.