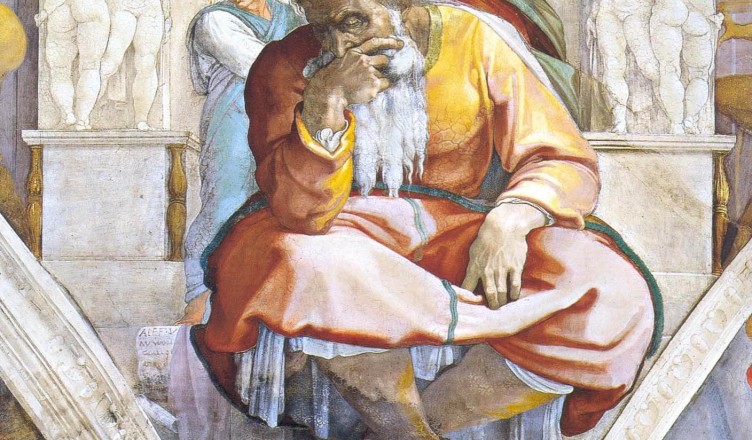 I have a a post up over at the Reformation 21 site discussing the influence of the book of Deuteronomy on the prophet Jeremiah.

What would Plato be without Socrates, or Timothy without Paul, or Luther without Augustine, or Foucault without Nietzsche, or Bob without Woody, or Elvis, The Beatles, and every hair-spritzed glam rocker to follow them without the blues riff? Ask this and you get a sense of the architectonic influence that the book of Deuteronomy has over the prophet Jeremiah.
Unlike his Judahite predecessor Isaiah, Jeremiah drank deeply of the theological vintage of the book of Deuteronomy. That is not to say that Isaiah was not familiar with the ancient law book; his corpus of work is thick with Deuteronomic language and imagery: the holiness of God, concern for the disenfranchised, the synergy between personal holiness and cultic worship. But for Jeremiah, it is different. For him, Deuteronomy is an immovable force, a covenantal mass that holds a wholly central position around which his entire prophetic agenda satellites.
Josianic Reforms
For some ancient historians, the rediscovery in 622 B.C. of the covenant code hidden away in what was likely a Temple genizah proves too convenient an explanation to be taken at face value. In this view, the putative discovery belies what is, in fact, a new codification of a particular political tradition that happened to be in the ascendancy at the time. Such theories, while perhaps interesting, are entirely speculative and destabilizing to the actual biblical account.
Over the course of its life since canonization, the book of Jeremiah has earned a reputation for complaint for righteous grievance that has resulted in one new word in the English lexicon, “jeremiad” as well as the general neglect of his work in the contemporary church. The exceptions, of course, would be the comforting passages of Jeremiah 31-33, the “shalom of the city” passage of (Jer 29:7), and the favorite of Bible verse embroiderers, Jer 29:13, a verse about the restoration from exile.
This is regrettable because Jeremiah plays such a central role in the biblical canon. His thorough use of Deuteronomy acts like a relay device in redemptive history, revisiting and reapplying the covenant of Moses with such universality and detail that his prophecy can be used as a guide to the eschaton by later prophets (Ezra 1:1; Dan 9:2; cf. Matt 16:14). His temple ministry is the model for Jesus’ own cleansing of the temple in the Synoptic Gospels (Matt 21:12-27 ; Mark 11:12-25; cf. Jer 7:1-26; Jer 24:1-10). There is a golden braid of Deuteronomic thought which can be traced from Jeremiah to the two groups of the restoration community, including those who returned (Zerubbabel, Ezra, Nehemiah) and those who stayed (Daniel, Esther), and finally to Jesus himself.
That could be a good sermon series, dear expositors.

One thought on “How Jeremiah Leans on Deuteronomy”