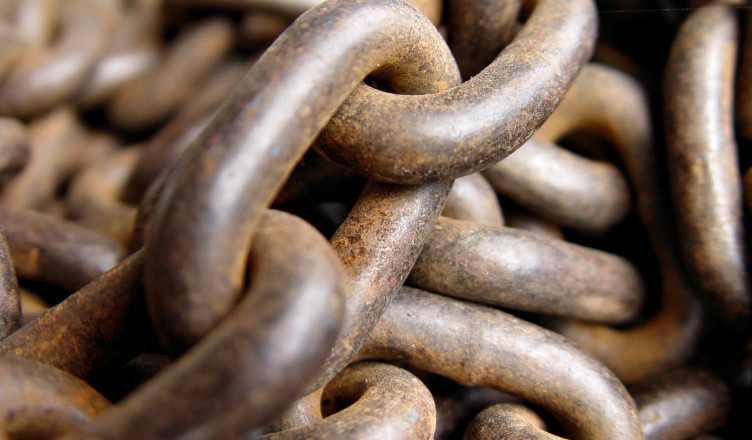 Recent reports of Christians (and other groups) being forced into slavery in Iraq and Nigeria raise terrible questions about how Christian individuals and communities forced into slavery ought to understand and reconcile their faith in light of such abject suffering. Church historian Philip Jenkins briefly reviews historical Christian responses to slavery this post at the Christian Century site. The whole piece is worth reading, but here is an excerpt:

How should Christians respond to enslavement? In the 14th century Greek bishops urged captives to retain their faith at all costs. Churches also tried to succor or ransom captives.

That effort inspired Cath­olic religious orders such as the Mercedarians, who placed themselves under Our Lady of Ransom. (The order will celebrate its 800th anniversary in 2018.) Apart from collecting and channeling money to free slaves, members of the order added a special vow that they would personally give up their own freedom and even their lives if that was required to free Christ’s faithful. In one famous case in 1240, a brother named Sera­pion pledged himself as a hostage in exchange for some captives. When a ransom was not forthcoming, Algerian Muslims crucified him.

Martin Luther was also agonizingly aware of slavery. In 1520, discussing the right of a Christian community to choose and ordain clergy without episcopal approval, he imagined “a little group of pious Christian laymen taken captive and set down in a wilderness.” Surely, said Luther, those captive Chris­tians must choose clergy from among their number to carry out the sacraments and preserve their faith, even if that meant going outside traditional church institutions.Luther’s concerns grew more urgent following the Ottoman occupation of Chris­tian Hungary and the siege of Vienna, when Islamic forces threatened to push deep into Germany. During that crisis, he addressed himself to the many Christians who had already fallen into captivity and the still larger number who might soon follow them. He urged them to obey their unbelieving masters, as St. Paul had instructed his own contemporaries. Christian slaves should not seek to escape but rather accept their miserable condition as their personal Calvary. Above all, they should resist conversion, even if that would vastly ease their suffering.

The best hope that Luther could offer slaves was the belief that Ottoman successes portended the approaching end times. As it did for African Americans in later centuries, slavery generated an apocalyptic hope.

Jenkins only mentions American slavery in passing, and much more needs to be said about African American slave theology, particularly regarding how an identification with the suffering of Christ (both directly and typologically through identification with suffering Israel) played a significant role in the faith of slaves in America (cf. the common themes of slave spirituals). This is understandably a painful subject for the American church, but one that probably ought to be revisited often and vigorously.

In a time when most western Christians think of slavery as a figurative category descriptive of personal excesses and addiction, we ought to realize that many brothers and sisters face actual physical slavery as a result of their faith and refusal to abandon Christ. Jenkins concludes,

Patrick, Luther, the Mer­cedarians—these figures de­veloped thoughtful Chris­tian responses to the nightmare of slavery. It is horrible to think that modern churches might need to rediscover their lessons.