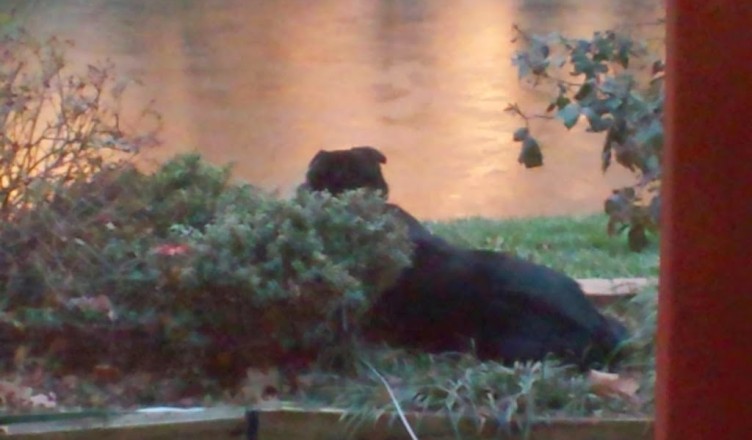 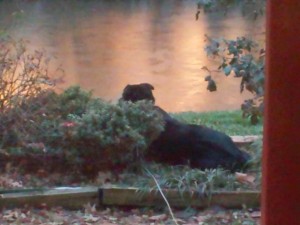 After nearly 13 years of service as a watchdog, babysitter, food moocher and friend, Levi Redd yesterday slipped the bonds of wakefulness in this life forever.
Levi was born in a litter of eight lab-mix puppies in central Florida. Unknown circumstances led to the litter’s abandonment in the woods east of Orlando where it was found and delivered to a pet-rescue agency. We adopted him from the agency in August 2001. His size indicated that he was approximately 8 weeks old.
Levi lived in Maryland, Virginia, North Carolina, Georgia, and Florida (to the horror of squirrels and rabbits in each of those places). He hiked in the Blue Ridge Mountains and swam in the Atlantic Ocean and the Potomac River, not to mention various lakes and tributaries. Sope Creek Trail outside of Atlanta was a favorite vacation destination.
He spent his elder months in McLean Va., keeping watch over Evans Mill Pond and alerting others to the presence of wildlife.
Most of all Levi was a dear friend to his family and an especially gentle companion to the four little girls who have never known a time when he wasn’t around. We will miss him dearly.
Thanks to everyone who has helped us take care of Levi over the years.  He would not have had such a long, full life without all the help.
Levi Redd
Summer 2001- April 17, 2014