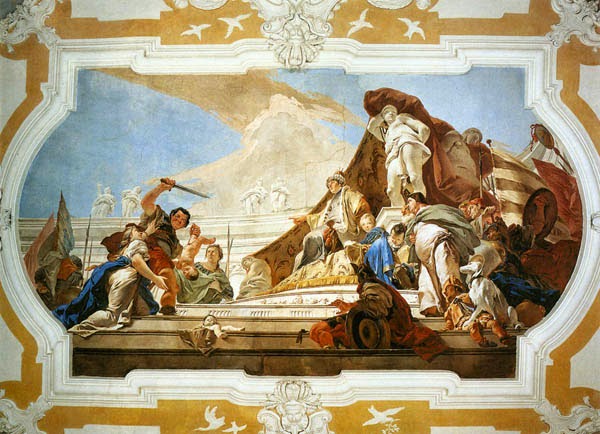 The work of Jesus reconciles us to a God who desires to rule and have his rule known in every facet of our lives (Deut 6:4-9).  This means that our faith is not a faith that becomes obsolete at the door of church or small group, nor is it a faith that is only active when we are explicitly speaking about Jesus.  This is what biblical wisdom is about, the skills for living in a manner that gives full expression to the gospel in every facet of life.
Why live a wise life?

1. The wise life benefits us.  When we pursue biblical wisdom, our lives become focused, vibrant, and life-giving (Prov 8:12-21; 32-36).  Wisdom does not solve all of our problems, but it does equip us to confront and reflect on those problems in an faithful and effective manner. N.B. Most of biblical wisdom pertains to developing and nurturing healthy personal relationships.

2. The wise life benefits others. Wisdom is like an anchor which stabilizes you in the currents of life’s difficulties (Prov 13:20; 27:10-11).  When a person is anchored in wisdom, other people will sense the stability and perspective that comes as a result of that anchor, and they will be drawn to it. Most Christians can personally attest to the influence of a parent, a teacher, a pastor or a friend who exhibited wisdom in their lives.  The modern-day sages seemed different, and people sought them out for that reason, to get their advice and listen to what they had to say. Wisdom is like an anchor.  The stability it provides refreshes those who experience it, and it makes them yearn for more.

3. The wise life creates harmony in the world.  The Scriptures teach that wisdom was interwoven into the creation itself (Prov 8:22-31; cf. 6:6; 30:24-28).  When God created the heavens and the earth he injected wisdom into the elements of the creation that he was making. He formed the earth according to his wisdom.  The person who lives wisely is a person who is attuned to wisdom that infiltrates and supports the work of creation. That means that the wise life is the cosmically best-suited life for this world.
When you live wisely, you aren’t just living in a way that is morally good and beneficial, but you are living in the way that humans were meant to live, the way that they were created to live. In fact, it is the way in which you have been empowered to live by Jesus who is the king-sage “greater than Solomon” (Matt 12:42) through the “spirit of wisdom” (Eph 1:17).

4. The wise life brings glory to God. Living wisely means living out the “fear of the Lord” (Prov 1:7) in a worshipful way.  Wisdom is not a coldly calculated system engineered to bring about a desired result, but rather it is living in harmony with the Creator and the creation he has woven together according to his own wisdom. When we pursue wisdom, we honor our wise king Jesus, we proclaim the wisdom he displayed on the cross (1 Cor 1:18-31), and we glorify the wisdom of the Creator.
Moving Forward

The Literature: which books in the Bible are wisdom books?

Proverbs, Ecclesiastes, Job and certain Psalms, though wisdom teachings appear in a variety of Old and New Testament writings.

The Teachers: Who wrote Wisdom Literature and Why

The greatest author of Old Testament wisdom literature known in the Bible is King Solomon. He was, after all, gifted with the divine wisdom by God himself (1 Kings 4:29). Many of the proverbs are attributed to Solomon, and the book of Ecclesiastes is attributed to an author who seems to be similar to, if not identified with, Solomon.

There are also other sages who are credited with writing some of the Bible Wisdom literature. Agur is one such sage (Proverbs 30), and another passage is credited to King Lemuel’s mother (Proverbs 31).  Sages were thought to have gained wisdom through the teaching of traditional wisdom schools as well as through the observance of the world around them.  As we mentioned above, wisdom was thought to be interwoven into the fabric of creation, so it was through studying creation that wisdom teaching was uncovered.

The teaching of the sages was passed through the generations of Israelites, teacher to student, father and mother to son and daughter.  This was a family exercise, which is why several teaching sections begin, “hear my son” or “listen to the words of your father and mother.”

While wisdom may have been taught in schools, it was also apparently the responsibility of the parent to teach wisdom to the children.  The older taught the younger and so the wisdom tradition was passed down through the generations.  The wisdom books that we read now are collections of the teachings of the sages.

The Method: How Was Wisdom taught?

There is a good bit of emphasis on the steady hearing and reciting of the wisdom teachings.  The students were encouraged to write wisdom on their hearts (Prov 3:3; 7:3). This meant that they were supposed to desire wisdom, to want it in their lives, to value it more than worldly things like wealth or power.  The way that they would do this was by memorizing the sayings of the wise.  The proverbs are written in a way that makes them easy to memorize, especially if you read them in the Hebrew.  They employ similar sounds, many of them rhyme, and they follow a somewhat predictable structure of comparing and contrasting two or more things in order to make a point about the wise life.