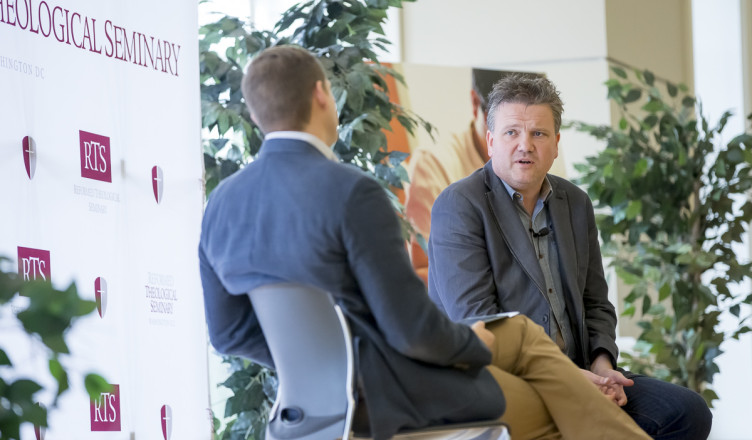 Here is a recording of a talk that composer Keith Getty gave for RTS Washington last week, followed by an interview with me.  Here is a lead in and link:

In a time with the prevailing worldview in the West is what sociologist Christian Smith has called moralistic therapeutic Deism, worship music has taken a bit of a hit. Lately, worship has tended to emphasize performance over participation, repetition over content, and the depth of Christian belief has often been downplayed while Christianity’s more marketable features have become the whole picture.

Into this context stepped Keith and Kristyn Getty. The Gettys have taken the somewhat counter-cultural position, that theologically rich hymns, hymns that delve into the caverns of biblical teaching to mine from them the multifaceted treasure of redemption. They write hymns that are deliberately and relentlessly for the congregation.

On October 14, 2015, Scott Redd sat down with Keith Getty of Getty Music to discuss his approach to hymn composition, biblically rich worship, and the Christian life.