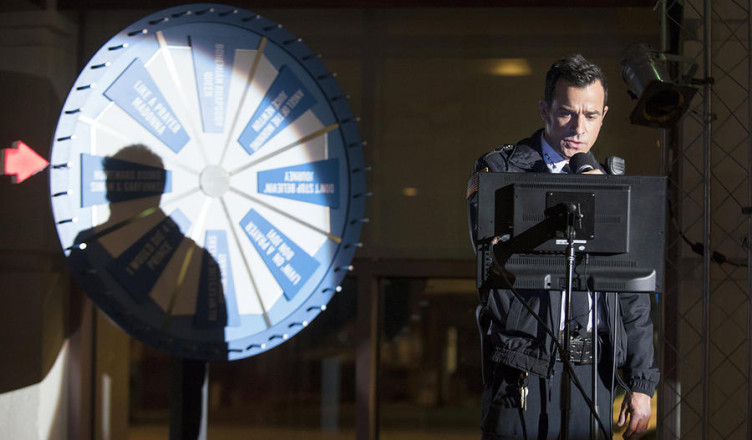 For everyone watching HBO’s show The Leftovers, which had its season two finale Sunday…

Is this currently the best unwatched show on television? I am not sure that The Leftovers reaches The Wire status (another acclaimed show that very few watched until it was a few seasons in), but you have to admit Damon Lindelof is on to something with this rapture-themed serial.

Here are my initial thoughts on Sunday’s finale. If you haven’t seen the show, this won’t make any sense. Sorry.

The Leftovers is basically about life, mystery, and having a humble epistemology. What is the Departure but a surreal magnification of everyday loss? This is common Lindelof repertoire: establish an otherwise realistic world that follows common laws of nature, except in one significant moment or place, when or where such laws are suspended (think: the island on Lost). Lindelof is a master of television’s version of the slipstream genre of fiction of which sunergoi favorite David Mitchell is a contributor.

In The Leftovers, the surreal  glitch is the Departure (when 2% of the earth’s population disappeared in one day), and it magnifies a truth about all of human life, a truth that cannot be recognized under familiar circumstances and so requires defamiliarization. The Departure reminds us that life is full of profound mystery and truly unknowable things like suffering, death, meaning, and so on, and this lived mystery ought to result in a kind of epistemological humility.

In the biblical book of Ecclesiastes, the Preacher teaches this about the human plight:

For he does not know what is to be, for who can tell him how it will be? No man has power to retain the spirit, or power over the day of death. There is no discharge from war, nor will wickedness deliver those who are given to it. All this I observed while applying my heart to all that is done under the sun, when man had power over man to his hurt. (Ecc 8:7-9)

This is the point of the town Jarden/Miracle. Though the townspeople celebrate the fact that they had no departures on October 14, the town was not actually spared, but rather it had experienced loss all along, as pointed out in Michael’s “sermon” at the local church in the finale.

For many, the Departure merely exacerbated their sense of everyday loss, because it stole from them the opportunity to grieve their normal but nevertheless painful personal suffering. As a matter of fact, Evie is drawn to Meg for exactly this reason. They share unacknowledged grief, Evie’s childhood and Meg’s loss of her mother to natural causes the day before the Departure.

Many people claim to have an answer to the mystery, but John gives voice to the acute existential fear that no one really knows what is happening (Kevin, who probably knows the most, agrees with him). This drives home the point that the shamanism of Virgil and Kevin offers only proximate relief (no more Patti-geist) but cannot offer true answers. Kevin is still yearning for more, for wholeness, and the most powerful scene of the finale is him singing Simon and Garfunkel’s “Homeward Bound” in a karaoke bar, a scene that improbably works.

God and Jesus are notably and dissatisfyingly absent, outside of cheap broadcast televangelist-style promises that Jesus will “fix” everything. Nora is rightly suspicious of such prosperity teaching, shouting “Fix that, Jesus” at the radio she just smashed on the floor. 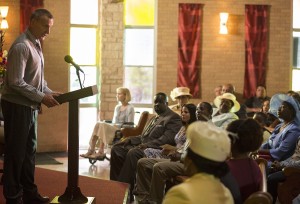 The Leftovers asks some important questions, the kinds of questions we find at the core of the wisdom literature of the Bible. Why is there suffering? Why do some suffer more than others? How can we live a life that is so full of unknowables? This last one is the specific province of the book of Job. Only God can know the universe in its totality, leaving the human to trust his wisdom, goodness, and power (Job 38-41; cf. Isa 55:8; Rom 11:33-34).

I am not completely confident that Lindelof will be able to deal with these questions in a fully-orbed way, and I am only partly reassured that Reza Aslan is the religious advisor for the show. Aslan’s recent book on Jesus, entitled Zealot, shows very little interest in recent scholarship about Christ, relying on a somewhat passé movement in New Testament scholarship.

Regardless of concerns, let’s hope the contract for The Leftovers is renewed (it might not), and the showrunners can accomplish that rarest of animals: a healthy arc with a satisfying series finale. Breaking Bad may represent the last time that happened, though the finale for The Newsroom deserves an honorable mention.