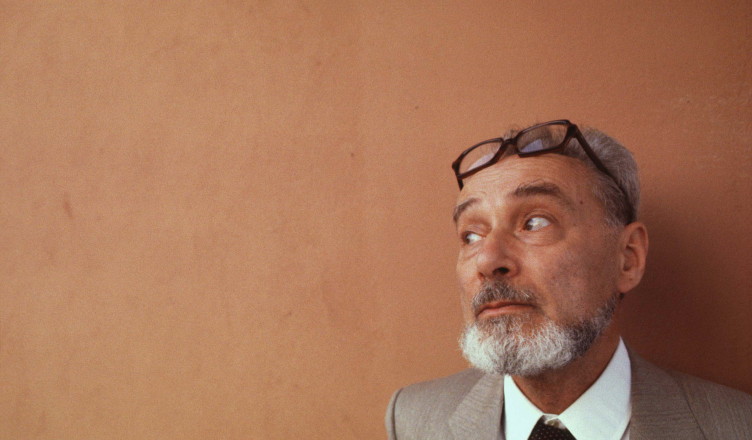 This passage from James Wood’s piece on author and and Holocaust survivor Primo Levi in The New Yorker:

This is a classical prose, the possession of a civilized man who never expected that his humane irony would have to battle with its moral opposite. But, once the battle is joined, Levi makes that irony into a formidable weapon. Consider these words: “fortune,” “detached study,” “charitably,” “enchantment,” “discreet and sedate,” “equanimity,” “adventure,” “university.” All of them, remarkably, are used by Levi to describe aspects of his experiences in the camp. “It was my good fortune to be deported to Auschwitz only in 1944.” This is how, with scandalous coolness, he begins “If This Is a Man,” calmly deploying the twinned resources of “fortuna” in Italian, which combines the senses of good fortune and fate. In the same preface to his first book, Levi promises a “detached study” of what befell him. The hellish marching music of the camp is described as an “enchantment” from which one must escape. In “The Drowned and the Saved,” Levi describes a moment of crisis when he knows he is about to be selected to live or die. He briefly wavers, and almost begs help from a God he does not believe in. But “equanimity prevailed,” he writes, and he resists the temptation. Equanimity!

In the same book, he includes a letter he wrote in 1960 to his German translator, in which he announces that his time in the Lager, and writing about the Lager, “was an important adventure that has profoundly modified me.” The Italian is “una importante avventura, che mi ha modificato profondamente,” which Raymond Rosenthal’s original translation, of 1988, follows; the new “Complete Works” weakens the irony by turning it into “an ordeal that changed me deeply.” For surely the power of these impeccable words, as so often in Levi, is moral. First, they register their contamination by what befell them (the “adventure,” we think, should not be called that; it must be described as an “ordeal”); and then they dryly repel that contamination (no, we will insist on calling the experience, with full ironic power, an “adventure”).

In the same spirit of calmly rebellious irony, “If This Is a Man” ends almost casually, like a conventional nineteenth-century realist novel, with cheerful news of continuity and welfare beyond its pages: “In April, at Katowice, I met Schenck and Alcalai in good health. Arthur has happily rejoined his family and Charles has returned to his profession as a teacher; we have exchanged long letters and I hope to see him again one day.” That emphasis on resistance makes its sequel, “The Truce,” not merely funny but joyous: the camps are no more, the Germans have been vanquished, and gentler life, like a moral sun, is returning. There may be nothing more moving in all of Levi’s work than a moment, early in “The Truce,” when, after the months in Auschwitz, a very sick Levi is helped down from a cart by two Russian nurses. The first Russian words he hears are “Po malu, po malu!”—“Slowly, slowly!”; or, even better in the Italian, “Adagio, adagio!” This soft charity falls like balm on the text.

The whole review is worth the read.