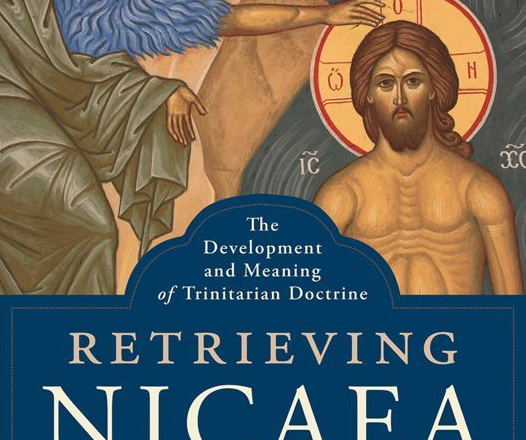 On the use of analogies to define trinitarian doctrine, from Kaled Anatolios’s work Retrieving Nicaea, 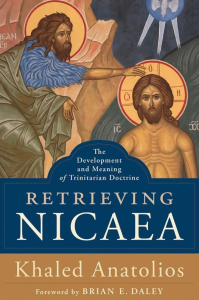 The use of analogies has been pervasive in the history of Christian reflection on the divine Trinity. But, going beyond skirmishes over which analogy is most adequate, one has to question the whole approach in which analogies become the primary location of trinitarian meaning. When the meaning of trinitarian doctrine is located principally in some particular creaturely analogy, it becomes separable from other aspects of the Christian mystery. Instead of trinitarian meaning being embedded in the whole nexus of Christian faith, it tends to be reduced to the features of the analogue itself. One can after all espouse “relationality” or wonder at the mind’s differentiated unity in the acts of knowing and willing without actually confessing and worshiping the Triune God as Father, Son, and Spirit. In that case, one could capture the meaning of trinitarian doctrine without ever subscribing to Christian faith. At the very least, the doctrine of the Trinity is then in danger of becoming simply another item in the list of Christian beliefs. Thus a Christian would be someone who believes that God created the world from nothing, that Jesus arose from the dead, and that God is in some way like a shamrock leaf (or human consciousness, or human relationships). (pp. 6-7)

Written from an orthodox perspective, this book offers a treatment of the understanding of trinitarian doctrine in “the writings of key Christian thinkers of the fourth and early fifth centuries” (p. 1). It was recommended by a friend, and so I would pass it on.