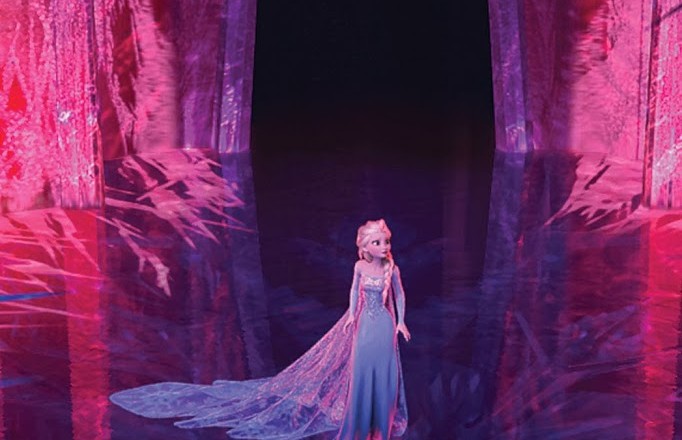 I haven’t seen Frozen, but my wife Jenn took our girls, and they came back with glowing reviews, not simply of the princesses and dresses and (whispering) adventure, but of the jarring twist that this writer thinks is too much.  Gina Dalfonzo writes (spoiler alert):

Often, children today hear of bravery and heroic courage from the aforementioned role models—as well as from Disney princes and princesses. From Snow White to Sleeping Beauty to The Sword in the Stone to Beauty and the Beast to Tangled, the heroes and heroines of animated films have offered examples of bravery, loyalty, kindness, and self-sacrificial love.

Frozen presents commendable examples of some of these virtues in action, but it missed an opportunity to teach a gentle lesson about why it’s important to be courageous but also be smart and stay safe. Why couldn’t Frozen’s viewers have discovered Hans is evil earlier on, before Anna does? That version of events would have taught kids the same real-life lesson—don’t automatically trust everyone you meet—while letting them root for Anna to learn it too. It would have made its point in a way that actually appealed to its intended audience members rather than abruptly betraying their trust in a seemingly virtuous character. 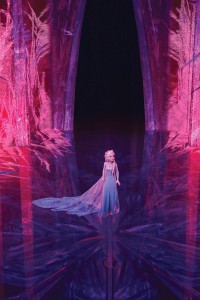 As for the storytelling art of building expectations for a twist of fate, I think children as an audience can handle more than they might get credit for.

To wit, after a morning of snowman craft yesterday, our four daughters stumbled back inside in search of warm drinks and dry clothes.  After lunch, they settled down to watch the 1993 film version of The Secret Garden.  Having heard the book read aloud to them, the idea of comparing page to screen was an exciting one to them, with a hint of conspiracy.

Warning to parents: the first half of the 1993 movie is downright bleak. Little Mary Lennox is left alone to fend for herself on the passage from India, then shuffled off to Misselthwaite Manor under the cold supervision of her proctor Mrs. Medlock.  The scenes of her exploring the grounds in search of something to do, finding her deceased aunt’s room left untouched since the day of her death ten years previous, stumbling upon the sealed off garden, eluding the manor staff, all with the ever-present faint cries of a boy in the background, seem to dress the film in the dark ornaments of the horror genre.

And the darkness is almost too much, until the light breaks through (quite vividly in one scene where the shades are pulled from Colin’s dusty windows).  Mary befriends Dickon Sowerby, replants the garden, discovers Colin, and helps him recuperate.  All is changed by the time Colin’s father returns to find the children playing in his wife’s revived garden.  He tells Mary that she “brought us back to life,”  which is of course exactly what the story is about, life after death. It touches upon that deep hope that everyone feels somewhere inside themselves for the darkness to give way to light, for death to give way to life. No matter how painful the process is, and it is painful as little Colin can attest, it is also good.

After the movie was over, my four film critics agreed that it was, apart from several departures, true to the spirit of the book, and a very good movie.  The parts in the first half that brought hands to eyes in self-censorship were redeemed by the scenes in the second half when all was made new.  Is this not the hope of the resurrected life?

I love that Ms. Dalfonzo cites C.S. Lewis’s “On Three Ways of Writing for Children,” and the point she makes is absolutely valid, yet sometimes the jarring twist is exactly what is needed to communicate a jarring reality, that villains are usually not obvious in their villainy, laughing buwahahah into their fingers whenever the protagonist turns her head.

I will have to see the movie Frozen (there are calls for a second viewing, and they might let me tag along) to judge for myself, but I am always surprised at how well children “get it,” even when “it” is relatively complex and jarring.