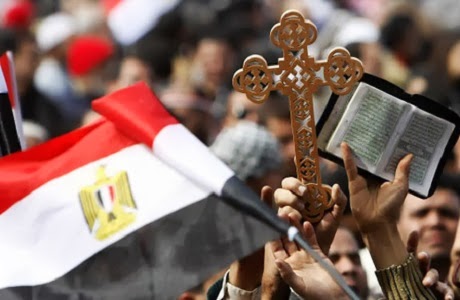 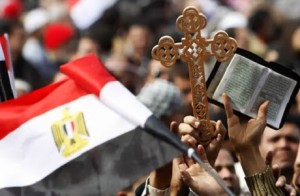 We need to be reminded of and prayerful about our brothers and sisters in North Africa, Egypt, and the Middle East who are acutely acquainted with the sufferings of Christ.  It is a story that you are not hearing.

This article closes on the story of Osama Amin, whose church was burned two weeks ago.

As a Christian in a predominantly Muslim neighbourhood, he has grown increasingly worried about his family’s safety.

“I just want to know that I can leave my house and go to work without having to fear about what will happen when I leave,” he says.

He says that although the majority of his neighbours tried to prevent the attack, some turned on him when he tried to intervene.

“I told one man not to burn the school where my children study. He turned around and tried to stab me.”

“Even before the [2011] revolution, I wanted to leave the country. But now I am certain. I want to go to a country where rights are respected, I want a better life for my family.”

He is unimpressed at the level of support that Egypt’s Christians receive from abroad.

“We are not supported enough by the West,” he says “In fact, I think they support the Islamists. But I want to live there anyway, because there they will deal with me as a human being.”