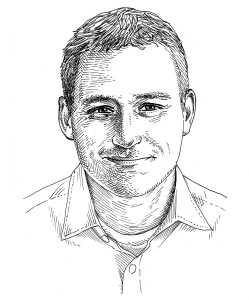 Redd, husband of one, father of five, philologist, president and associate professor of Old Testament at Reformed Theological Seminary in Washington, D.C.

I began my career at the Burson-Marsteller office in downtown Washington, D.C., where I was involved in media consultation and crisis management for multiple national and international corporate clients.

In the late nineties, I felt called to leave the business world to pursue a Master of Divinity at RTS in Orlando, Fla., and then went on to complete my doctoral dissertation in the Department of Semitic Language and Egyptian Languages and Literatures at the Catholic University of America. During my doctoral studies, I taught and ministered in two churches in two different Presbyterian denominations.

After a while, however, I returned to my alma mater RTS Orlando, where I taught Old Testament and served as Dean of Students, before moving to Washington, D.C., in 2012. I have also taught at Catholic University of America, the Augustine Theological Institute in Malta, the International Training Institute in the Mediterranean basin, and for Third Millennium Ministries. As a writer, I dabble here at sunergoi as well as various publications, including The Washington Post, The New York Times, First Things, The Gospel Coalition, Reformation 21, OnFaith, The Christward Collective, and the Leadership Journal.

I have also published work in print including Constituent Postponement in Biblical Hebrew Verse and Wholehearted: A Biblical Look at the Greatest Commandment and Personal Wealth, as well as chapters in For the World: Essays in Honor of Richard L. Pratt, Jr., and A Biblical-Theological Introduction to the Old Testament: The Gospel Promised.

My interests include literary approaches to the Bible, linguistics and the biblical languages, ancient Near Eastern backgrounds to Scripture, and Old Testament theology. I care deeply about the teaching of Scripture and its application to all situations in life, particularly in the context of a learning and worshiping community. Due to this interest, I continually find myself drawn to the learning community of the seminary as well as that of the church.

This space provides an avenue for casual writing and archiving so expect sporadic activity and depth.

One thought on “About Scott Redd”